Detroit Golf City May Happen In 2019 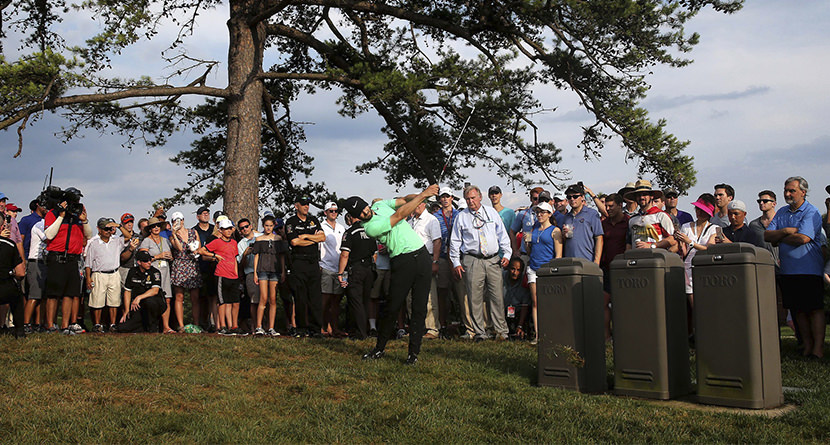 It looks like the Motor City is getting a PGA Tour event.

According to the Detroit News, the Tour and city officials have ramped up negotiations on an agreement to bring an event to the area in the 2019 season. The  Detroit Country Club would be the host of the tournament, according to the News citing unidentified sources.

A candidate for the title sponsor for the event is Quicken Loans, which also sponsors The National in Washington, D.C. The company has told the PGA Tour that hosting a tournament in Detroit is its priority. It is not known which PGA Tour event Detroit would take for the 2019 season. Several candidates to be moved include The National, which does not have a title sponsor and is being played at TPC Potomac this year. The Houston Open is also without a title sponsor, but its historic roots make it unlikely to move off the schedule.

The Tour schedule is being redesigned for next year to coincide with the start of football season in September.

The PGA Tour left Michigan during the height of the financial crisis and collapse of the U.S. auto industry in 2009. The Buick Open, held at Warwick Hills Golf & Country Club in Grand Blanc was the site of the tournament. That course will host a Champions Tour event in September.

The Buick Open lasted from 1959-2009 in Flint, Michigan. The last Detroit-centered course was the Motor City Open, last held in 1962.