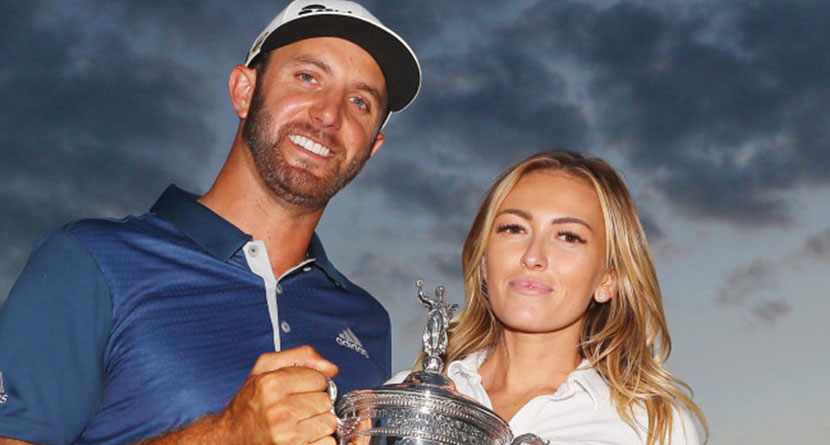 Dustin Johnson and Paulina Gretzky were trying to break the internet again last week in the form of a music video. Apparently, it’s time to add Iggy Azalea’s “Fancy” to the reigning U.S. Open champion’s repertoire in addition to his 350-yard drives.

The couple, along with some friends and family, danced and lip-synced to the 2014 pop-hit in an effort that would’ve made Justin Timberlake proud.


Speaking of Justin Timberlake, he went fishing over the weekend with Olympic gold medalist Justin Rose. Check out this wahoo they caught! It is still unclear whether or not the fish’s name was also Justin.

Some ? with my buddy @justintimberlake #wahoo