DJ Reveals His Menu For The Champions Dinner 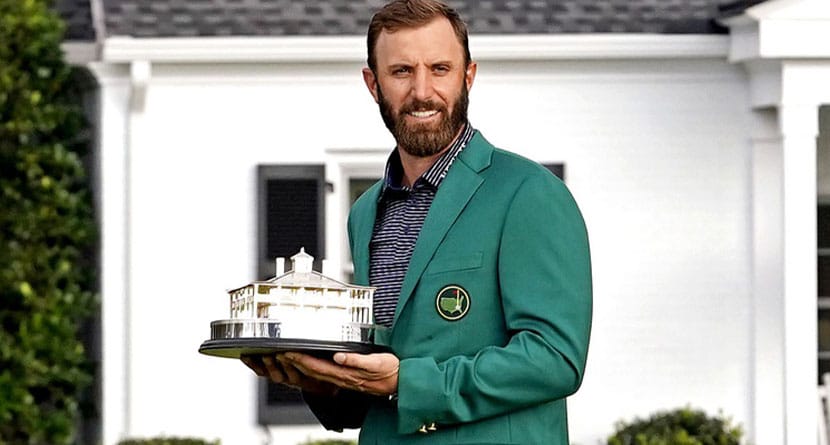 Tuesday of Masters week marks the return of one of the most exclusive collections of talent in the entire world: The Masters Club.

Held every year since 1952 and started by Ben Hogan, each year the reigning Masters champion hosts other former champions and the Augusta National Golf Club chairman for a dinner menu of the champion’s choosing.

“Surely this has to be the most exclusive club of all,” Hogan wrote to Bobby Jones and Clifford Roberts in 1952. “Not only do a fortunate few of us have the tournament to look forward to, but the annual meeting of our club as well. Here, long after serious competition for some of us comes to an end, we can still get together and reminisce.”

While 2020 was a year unlike any other in recent memory, the Masters Club still met — albeit with a few less people in attendance — and they will come together again tonight in honor of Dustin Johnson’s victory in November.

While Johnson famously said during his 2020 pre-tournament press conference that his favorite Masters tradition was the sandwiches, there wasn’t any pimento cheese or egg salad to be found on his Champions Dinner menu.

Johnson went pretty conservative with his menu, although there’s not much history to be found as it pertains to Augusta National serving pigs in a blanket.

The menu should be well received by the past champions mostly because of its lack of unknowns. Infamously, winners have tried to share a bit of their hometown flavor on the menu to the chagrin of some non-adventurous eaters, but Johnson’s selections should go over well when the green jackets convene again on Tuesday evening.