Trump to be Honorary Chairman at Presidents Cup 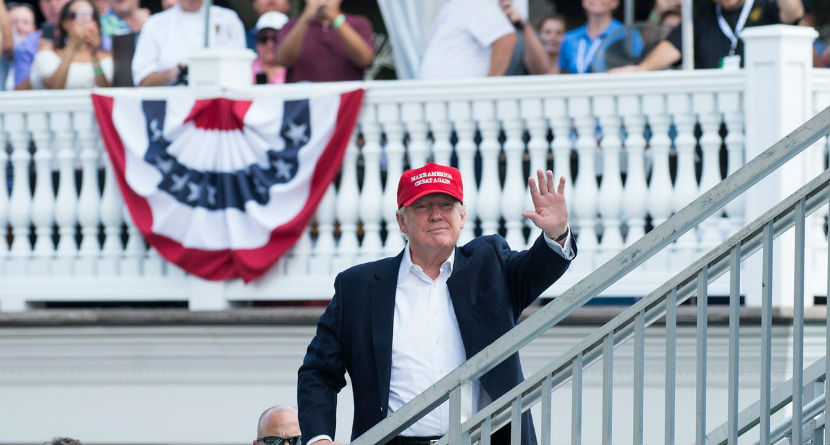 Make the Presidents Cup great again? On Monday, the PGA Tour announced that President Donald Trump has accepted an invitation to be honorary chairman of the biennial team competition between the USA and the world (excluding Europe) in the fall.

“It is a great honor for me to be even a small part of the Presidents Cup,” Trump said in a statement. “I have watched it since the very first tournament in 1994. It gets better with age. This will be the greatest of them all.”

And the honorary chairman for the #PresidentsCup is…

The Presidents Cup will be held Septemeber 28 – October 1 at Liberty National Golf Club in Jersey City, New Jersey. Team USA will be led by Captain Steve Stricker, while Nick Price will captain the International squad.