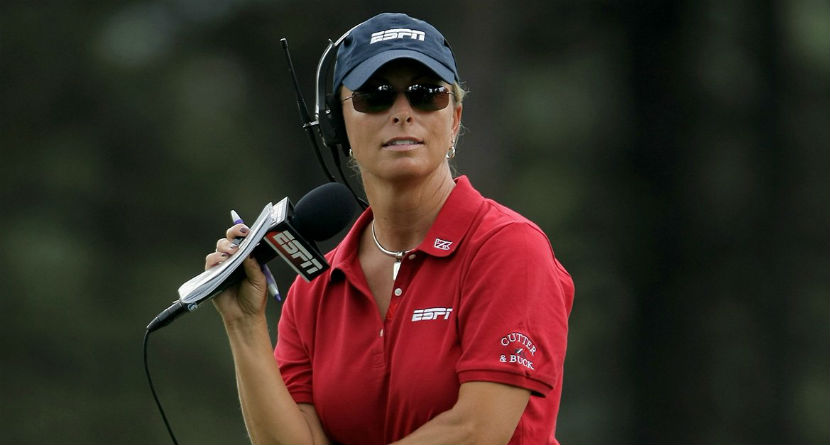 Social media can be a mean place, and some folks would rather not deal with it. Earlier this week, CBS Sports broadcaster Dottie Pepper announced that she will be taking a leave of absence from Twitter after an incident that occurred at the Zurich Classic this past weekend.

Pepper was chatting with Scott Brown and Kevin Kisner during the coverage on Sunday when she told Brown to his face that he had yet to win on the PGA Tour. This thing is Brown actually has won on Tour when he claimed his lone victory 2013 Puerto Rico Open. She then compounded the error by stating it wasn’t a “full-field regular event.” Needless to say, it was embarrassing.

Dottie Pepper out here keeping it ?with her incorrect information & Scott Brown with a quick body shot. @TronCarterNLU @NoLayingUp pic.twitter.com/Hqn5oTVprN

So why exactly has Pepper decided to step away? The answer is trolls or people who use the internet to make others lives miserable for their own personal enjoyment.

According to an email exchange with SBNation, she is “tired of the idiots,” although she left the door open for a return sometime in the future.

“It is suspended by my own doing; can stay in that status for a year,” she said. “I’ll re-evaluate at some point,” she said, “but just tired of the toxic nature of most social media.”

This latest social media move comes just days after Pepper was one of the many laid off by ESPN last week. Her role with CBS Sports remains unchanged.