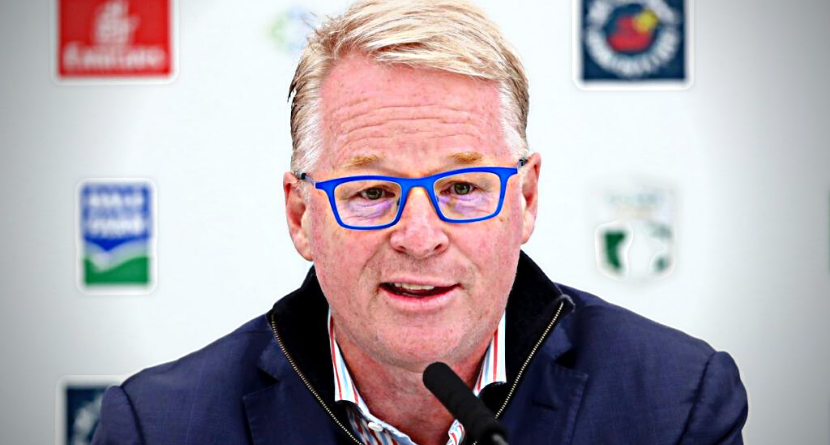 Could the PGA Tour’s primary ally in the battle for pro golf’s future flip to the dark side? Or will a united front from the game’s old guard prevail over the rebels at LIV Golf?

If this is all starting to sound a little too much like Star Wars or something, trust us: we’re with you. But a bombshell report from Golf Digest published Tuesday night confirmed a rumor that had been gathering steam in the glaring absence of any public statements from the former Euro Tour’s CEO, Keith Pelley: a rebel alliance with Darth Norman is indeed on the table. Pelley’s presence at the LIV Series’ London opener last week confirms this.

But to be clear: also in play is a more solid union with the PGA Tour. All that’s certain at the moment is that the DP World Tour is at a crossroads, and its next moves will bring fascinating clarity to the sport’s growing crisis.

Another clue surfaced Tuesday when Pelley finally broke his silence on whether DP World Tour defectors would meet the same fate as their PGA Tour counterparts, who were all suspended indefinitely about a half-hour after teeing off at London’s Centurion Club last Thursday.

Though it’s more accurate to say Pelley’s silence was broken for him.

“From many of your messages and my conversations, I know that many of you share the same viewpoint that Jay Monahan expressed in his note to PGA Tour members,” Pelley wrote in a letter obtained by the Golf Channel. “Namely that the players who have chosen this route have disrespected the vast majority of the members of this Tour.”

“Some members asked me why we simply do not follow what the PGA Tour has done and immediately suspend these players,” Pelley continued. “While I understand the frustration, I remind you all that although we work closely with the PGA Tour, we are different organizations and our rules and regulations are therefore different too.”

According to multiple reports, Pelley is expected to dole out discipline on June 23 — which is the deadline for committing to play in the Genesis Scottish Open, an event that’s being co-sanctioned by the DP World Tour and the PGA Tour for the first time.

If you think this week has been awkward, imagine how tense the proceedings in Scotland will be should Pelley side with Greg Norman over Jay Monahan.

“I heard on Sunday that Pelley might be thinking of a U-turn,” an anonymous, multi-time DP World Tour winner told Golf Digest. “I think that is very disappointing. But I’m not surprised. Pelley has never been very truthful in what he has told the players. I understand you have to make some decisions that are best kept behind closed doors. But I think this is something that went too far down that path. We should have been told what was going on right from the start. The motivation for this I think is coming from the pressure Pelley is feeling from tournament sponsors. They won’t be liking the fact that they are losing some of their star players. … Pelley is not coming out of this too well. I think it will be the end of his reign. How can you go into a strategic alliance with the PGA Tour then six months later — after they found sponsors for the Irish Open and the Scottish Open — backstab them like this?”