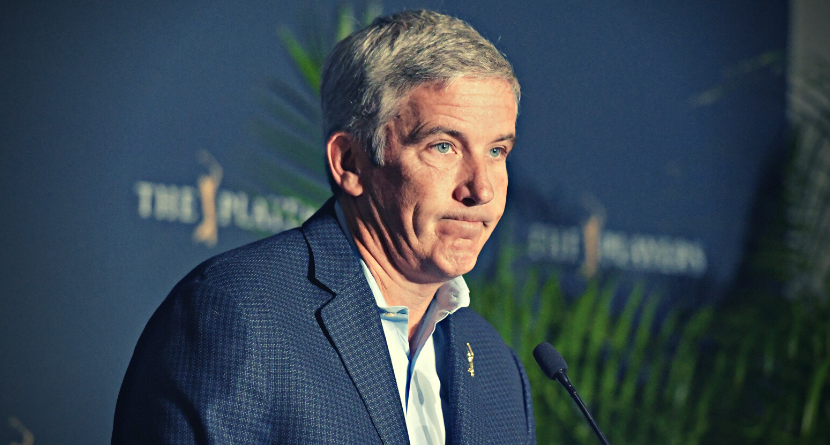 The PGA Tour fortified its strategic pact with Europe’s DP World Tour on Tuesday, announcing a 13-year operational agreement with the clear aim of prevailing over the Saudi-backed insurgents at LIV Golf.

As part of a new deal that won’t expire until 2035, Tour cards will be awarded to the top 10 players on the Euro circuit, permitting them to compete freely in the U.S. And the Tour will also increase its stake in the media arm of the DP World Tour’s business, jumping from 15% to 40%.

Additionally, the Tour announced it is resurrecting the long-dormant Qualifying School model, opening up new avenues for the next crop of stars to obtain membership. This, coupled with an increase in the number of cards awarded to Korn Ferry Tour pros (30, up from 25), should create a more robust feeder system for the Tour as it seeks to replenish its LIV losses and shine a spotlight on some fresh new faces.

Beginning in 2023, the top five players (and ties) in Q-school will earn their Tour cards, marking the return of a pipeline last used in 2013.

“Ultimately for us it’s all about creating the best, most efficient competitive platform for the best players in the world to establish context, to establish historical relevancy and to establish relevancy in the eyes of fans throughout the world,” PGA Tour Commissioner Jay Monahan said.

An AP report suggested the strategic alliance will create more synergy between the two tours, allowing for more co-sanctioned events to follow the blueprint set by next week’s Scottish Open.

“While this closer collaboration between our tours was always in the road map of our strategic alliance, it’s pretty obvious to say the current situation in golf has significantly accelerated that process,” said Keith Pelley, the DP World Tour’s CEO.