Drexel Wins Tournament Thanks To Tractor-Lit Chip In 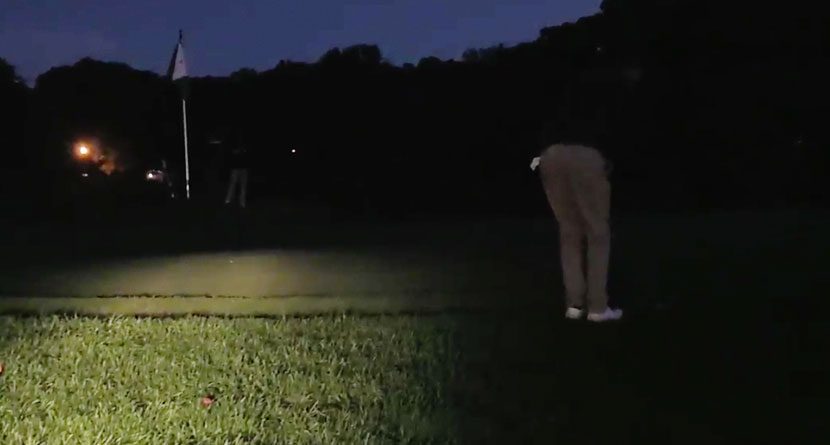 We’ve all heard the saying, “there isn’t enough light in the day.” As fall creeps in upon most of the eastern United States, that mantra becomes especially true at local golf courses.

However, at the La Salle Explorer Match Play Championship on Tuesday just outside of Philadelphia, some intrepid collegiate golfers made due with the resources at their disposal to finish the event.

The Drexel Dragons and Fairleigh Dickinson Knights were locked in a 2.5-2.5 tie, requiring a one-hole playoff that was most assuredly to be played by feel and in the dark. The Drexel golf team’s Twitter account took it from there.

Guided by only the light of a tractor, Aaron Fricke holed-out a chip from behind the green to clinch the win for the Dragons pic.twitter.com/YCQAbWtTWX

If you’re wondering how Fricke was able to see his ball, much less read the line he needed to hit it on, don’t. He couldn’t see it either. In Drexel’s first edition of “Fireside Chats with Drexel Golf,” Fricke and Dragons head coach Ben Feld reflected on the action.

DragonsTV got a chance to catch up with Coach Feld and tonight’s hero Aaron Fricke in the first edition of Fireside Chats with Drexel Golf pic.twitter.com/jpO538O277