DJ Announces He Will Be Skipping 2020 Tokyo Olympics 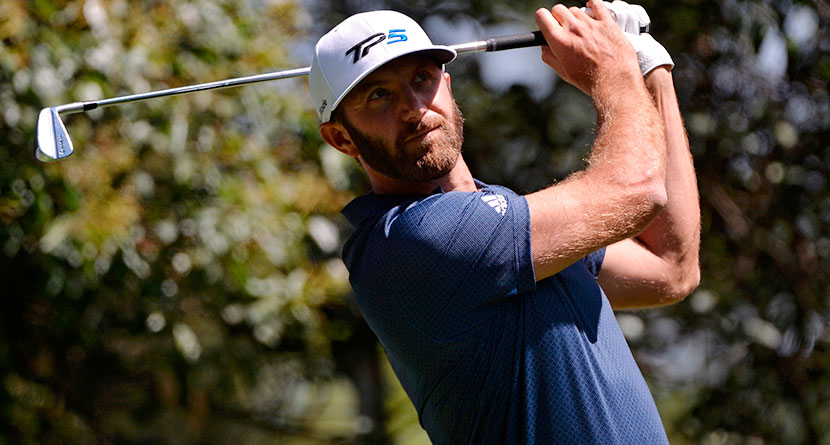 Dustin Johnson became the first big-name defector from the 2020 Olympics on Monday with his agent telling Golfweek.com that DJ would rather focus on the FedEx Cup Playoffs than a medal this summer.

As the fifth-ranked player in the world and third-highest ranked American, Johnson was in line to qualify for one of the four spots likely to be awarded to the United States by virtue of the number of players the country has inside the top-15 in the Official World Golf Rankings.

“Dustin gave the Olympics a great deal of thought and we discussed the pros and cons of him participating at length,” David Winkle, Johnson’s manager, wrote in an e-mail. “At the end of the day, it’s a matter of personal preference and priority.


“As much as he would be honored to be an Olympian, the FedEx Cup Playoffs are also very important to him. Having had a few close calls in the Playoffs, he really wants to win them before his time is done and feels that he wouldn’t be giving himself the best opportunity to do so if he added a lengthy international trip just prior to their beginning.”

How the Olympics fit into the schedule has been a question mark for a lot of top players who will just be wrapping up their major championship season two weeks prior to the games at the Open Championship. Eleven days following the completion of the Open at Royal St. George’s, the first round of the Olympics competition at Kasumigaseki Golf Club tees off.

The first leg of the three-part FedEx Cup Playoffs is scheduled to begin 11 days after the Tokyo event at The Northern Trust in Boston.

Johnson is the first to officially withdraw his name from consideration, but he’s not the only one to make it known that the option to forego an attempt at an Olympic medal isn’t overly high on his priority list. Only trailing Brooks Koepka and Justin Thomas in the world rankings as of this writing, Johnson’s sentiments were echoed by Koepka earlier this year.

“It’s not something I grew up wanting to do. Golf wasn’t in the Olympics,” Koepka said at the Saudi International last month. “It was never an option. So kind of don’t know how I feel about that. I think it’s an incredible honor.

“You ask most athletes that are running 100 meters, gymnastics, anything like that, that they wait four years for that. We have four majors a year. Now we’re going to add the Olympics and you’ve got the Ryder Cup or the Presidents Cup, plus the FedExCup for us, and that’s a lot of weeks on the road, a lot of weeks traveling back and forth, a lot of time zones.

“You know, it just all kind of depends on how you feel, how your body feels. To me, the four majors are definitely more important for me. The FedExCup, too. That’s a goal of mine. We’ll see where everything else falls.”

With Johnson out and Koepka noncommittal, Thomas seems to be a sure-fire Olympian at this stage. After him, Patrick Cantlay, Webb Simpson, Patrick Reed, Tiger Woods, Xander Schauffele, Bryson DeChambeau and Tony Finau are in the conversation for the remaining three spots, which will be locked in on June 22.