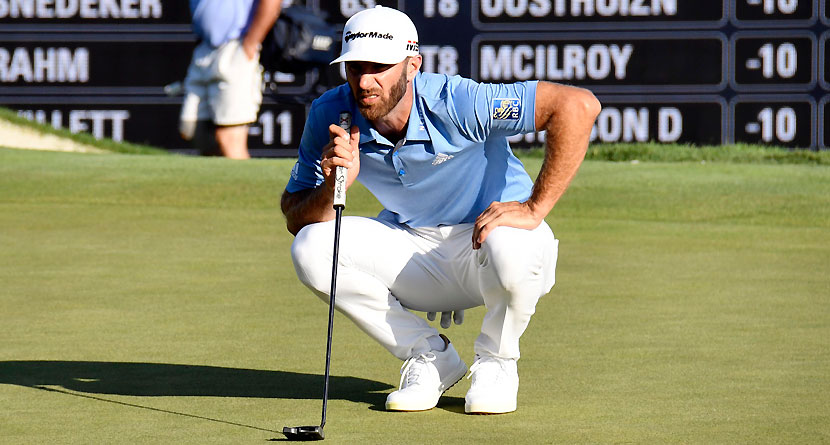 The PGA Tour’s short offseason is a time to rest, reset and, apparently if you’re a big name, get your knee scoped.

World No. 3 Dustin Johnson announced via his management group on Thursday that the 20-time PGA Tour winner had arthroscopic left knee surgery to repair some cartilage damage.

“The procedure is considered routine and similar in nature to his prior right knee surgery in December of 2011. Both were performed by renowned orthopedic surgeon, Dr. George Caldwell.”

He is expected to make a full recovery before returning to competition later this fall. pic.twitter.com/yk8sstS7cQ

Tiger Woods had a similar surgery at the end of last month but was seen earlier this week jumping up and fist-pumping during Rafael Nadal’s Round of 16 match at the U.S. Open in New York.

In what felt like a disappointing season for DJ, he notched another victory at the WGC-Mexico Championship, posted a pair of runner-up finishes in major championships and cleared over $5.5 million.

However, after losing to Brooks Koepka at the PGA Championship in May, Johnson’s rest of the year was relatively pedestrian. He played eight events spanning from the RBC Canadian Open through the Tour Championship and notched his best finish at Hamilton Golf and Country Club in Ontario with a T20.