DJ Comes Under Fire From Bjorn, Chamblee For Skipping Olympics 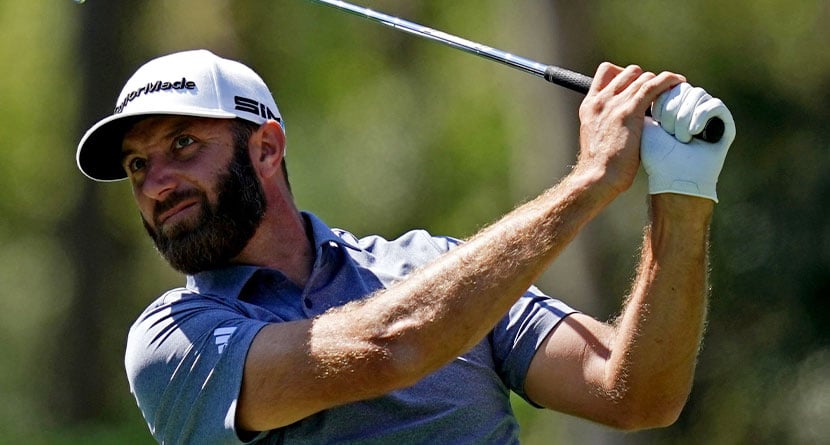 You’d be hard-pressed to find a more laid back character on the PGA Tour than Dustin Johnson.

The World No. 1’s outward demeanor as well as his matter-of-fact way of public speaking doesn’t make him ripe for media or fan criticism, and his level of play, especially over the past 13 months in which he’s won five times, including November 2020’s Masters Tournament, is beyond reproach.

However, DJ has found himself in the middle of a bit of a media storm over the past few days as a result of some comments he made following the third round of The Players Championship.

A cross-promotional graphic for this summer’s Olympic Games on the NBC telecast showed a list of the top contenders to represent the United States in men’s golf with Johnson’s name noticeably absent from the list with a caveat at the bottom saying that he had withdrawn himself from consideration.

After an unspectacular 1-over par third round, Johnson met with the media and confirmed what was shown on the broadcast.

“I really didn’t think much about it. I actually didn’t really ever decide whether I was going to play or not, I just didn’t sign up,” Johnson said. “But it’s right in the middle of a big stretch of golf for me, so that was the reason I was kind of waffling on it a little bit. It’s a long way to travel, and I think WGC (Memphis) is the week right after it. The British is a couple weeks before it. It’s a lot of traveling at a time where it’s important for me to feel like I’m focused playing on the PGA Tour.

“I think if there was a little more time, especially if you weren’t trying to fly right from Tokyo to Memphis and play WGC, yeah, I obviously definitely would have thought about it a lot more.”

1
So here we go again..
The worlds best player says no to playing in the Olympics…
Every athlete has that right and with the way the golfing schedule is, it is understandable. I have 100% respect for that..
Majors, FedEx Cup, Ryder Cup, there are plenty of things to focus on.

2
I grew up and played my best when golf wasn’t a in the Olympics and I look at it now wishing it had been.
I would today have been a 3-5 time Olympian and would have backed myself to win a medal. What a thrill that must be.
To represent my country that way would be an honour.

3
Saying that I might not have won a medal but so what???
I would have taken part in the greatest sporting spectacle. I would have some unbelievable memories.
I speak to players that took part and they all agree that it was an exceptional experience…
Win or lose

4
My advice to young golfers is..
If you are ever good enough there is two things you should do.
Never miss your national open and play in The Olympics.
When you get older you realise what you have missed out on..

While Bjorn was measured and introspective about Johnson skipping, Chamblee’s critique, as it often is, was more cutting.

DJ is OUT. @JustinThomas34 at the top for 🇺🇸@WestwoodLee in for 🇬🇧 (unless on a boat in South of 🇫🇷)@gagsbhullar in for 🇮🇳