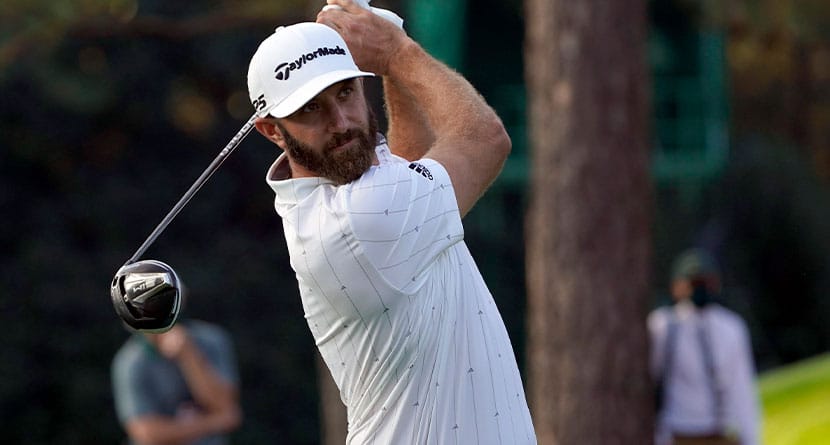 According to a 2006 report, a golf ball lands at roughly one-third of the speed it takes off at, which means a Dustin Johnson drive that averages 178 MPH ball speed would land traveling just under 60 MPH.

What does all this physics and math have to do with anything? That 58.74 MPH speed is roughly how fast Johnson’s TaylorMade TP5x was traveling when it hit a volunteer on Saturday at the European Tour’s Saudi International.

Playing the par-4 10th hole during Friday’s second round, one of DJ’s patented cut drivers didn’t cut and it collided with a volunteer looking towards the green, immediately sending him to the ground in what appeared to be immense pain.

At least one of the commentators wasn’t worried.

“I think it got him on the padding,” the commentator said. “He’s getting up quick. You can take away the pain, but you can’t take away the swelling.”

We’ll assume the padding the commentator was referencing was the volunteer’s rear end, but further video showed the volunteer was rubbing near his shoulder blade on his back. Not a lot of padding there!

Johnson would go on to make par on the hole en route to a 6-under par 64 in the second round. Weekend rounds of 66 and 68 were enough to put Johnson over the top for his second win in Saudi Arabia in the last three years.