Dustin Johnson’s LIV Golf Deal Could Be Worth Over $125 Million, Per Reports 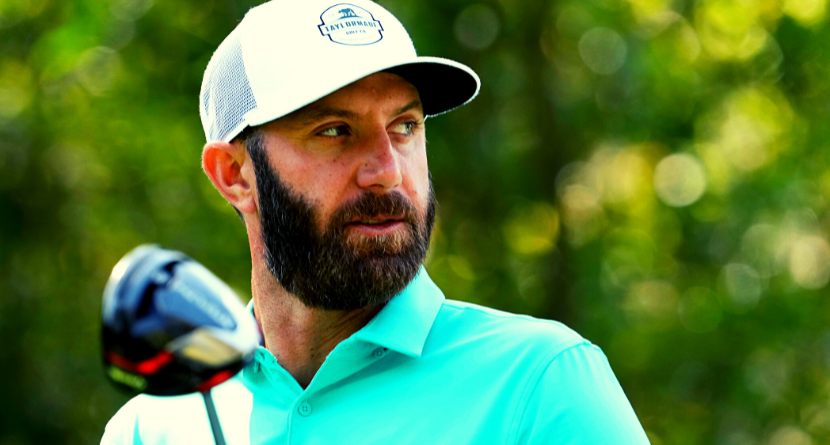 Dustin Johnson is a simple man with simple tastes and a simple solution for golfers struggling to hit a fade. He likes to play golf and he likes to fish — and not necessarily in that order. If at 37 he decided to retire tomorrow, his resume would be as stellar as any compiled by a player in this generation not named Woods or Mickelson: 24 PGA Tour wins, nine more on the European Tour and a pair of major championships.

But Johnson isn’t retiring tomorrow. And his legacy will be tested by his puzzling decision to reverse course on an earlier pledge to stay loyal to the Tour. Though, given his breezy temperament and those aforementioned accomplishments, should anyone bother psychoanalyzing Johnson’s decision to headline the Saudi-funded LIV Golf Series? Doesn’t it just come down to some Don Corleone logic? They made him an offer he couldn’t refuse.

Dustin Johnson has had a career of huge paydays:

But he is poised for his biggest score yet. https://t.co/VeSQIywPuN via @sportico

Until Johnson, and not his agent, actually speaks on the matter, we’re left to speculate. And a consensus is forming among the golf commentariat that the cash — reported to be in the neighborhood of $150 million, with a chance to tack on tens of millions more from the series’ sizable purses — was indeed too good to pass up.

“It’s simple—DJ was offered a ridiculous sum of to play some golf tournaments,” tweeted Golf Digest’s Daniel Rapaport, who wrote a thorough analysis of the LIV Golf defectors’ varied motivations. “He’s already made $75 million on-course, probably as much off it. Sign the LIV deal and he can ride off into the sunset with boatloads of cash. He doesn’t care about records or appearances. He said yes.”

Not only do I not think Dustin Johnson knows Saudi Arabia murders journalists and executes gay people, I dont even think he even knows where it is.
Back out, DJ.

A 30-page document sent to participants in the London event — obtained and shared by the Fried Egg on Thursday — revealed the payout structure. Last-place finishers stand to make $120,000 while winners will pull in a whopping $4 million — more than double the typical winner’s share of a PGA Tour purse.

Johnson and his cohorts are certain to face discipline; the Tour has never wavered from that stance. And while Commissioner Jay Monahan will likely keep the details in-house, as is customary, you can rest assured the penalty will be harsher than when Johnson was reportedly suspended six months in 2014 for failing multiple drug tests.

He’s already paying the price in lost sponsorship dollars. RBC dropped Johnson and fellow ambassador Graeme McDowell after the field was released for LIV’s $25 million London event, which happens to conflict with the RBC Canadian Open next week. Other longstanding partners, like TaylorMade and Adidas, could follow suit.

DJ has made $1.8 million in 11 events so far this year. If he averages a fourth-place finish in the LIV league, he’ll make ~$133 million in eight events the rest of the way (not including team payout or either Open). https://t.co/QG4XKcBaTg

Now, for those interested, come the moralistic implications of Johnson’s decision. Opinion pieces painting him as greedy and tone-deaf are already starting to pile up. Though if reports of a nine-figure windfall prove accurate, it’s hard to imagine simple Dustin Johnson mustering any complicated feelings about it.