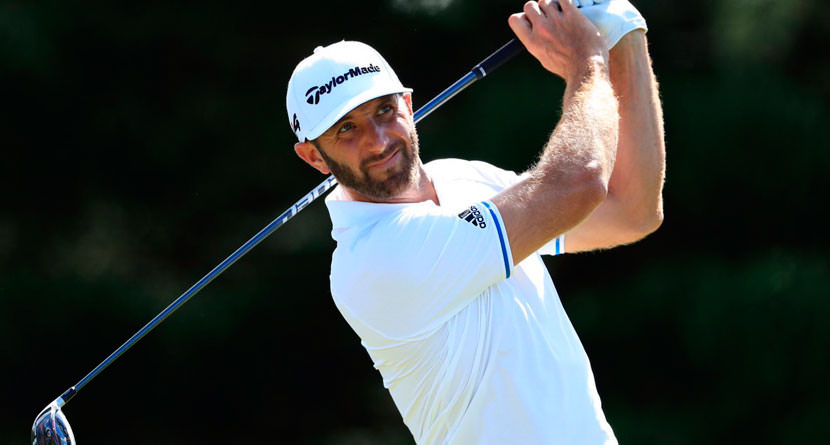 With each new era of golfers that comes along, undoubtedly the previous generation is impressed by some kind of evolution made by the current crop. In 1965, Jack Nicklaus won the Masters, which prompted Bobby Jones to say, “He plays a game with which I am not familiar.”

If Jones were alive today, it would be very interesting to hear what he would have to say about Dustin Johnson.

The 6’4″ South Carolina native can dismantle a golf course like few others can. Playing the par-4 6th hole at Kapalua’s Plantation Course at this week’s Sentry Tournament of Champions, DJ pulled drive on the 382-yard hole, flew it some 300 yards and unknowingly nearly made an ace on the hole.

DJ’s ball rolled off the back of the green and he was only able to make a par, but he made up for that mistake a few holes later on the par-4 12th. After another bombed drive, DJ had a delicate second shot downhill, downwind that would find the bottom of the cup for an eagle.

UPDATE Sunday, Jan. 7: If you thought DJ’s shot on No. 6 on Saturday was impressive, you have to see what he did 24 hours later on the 12th hole. Playing 430 yards and again downhill and downwind — as if that diminishes this at all — DJ piped a drive that took a perfect first bounce and somehow slammed on the brakes just short of the middle of the cup.

Asked about the shot after the round, DJ deadpanned, “I hit it a little thin.”