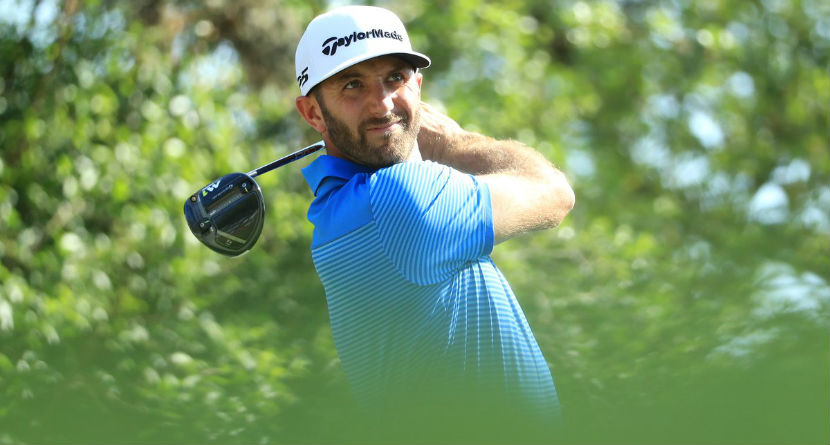 Whether we like it or not, it’s nearly impossible not to compare the best players of today with the legends of any given sport. In golf, the bar is Tiger Woods (or Jack Nicklaus depending on who you ask.) Is it fair? Probably not, but it’s the only way today’s society seems to be able to put anything in perspective. Current World Number One Dustin Johnson is the latest victim to draw some comparisons to Tiger, but this time they may actually be warranted.

Since winning the U.S. Open last June, Johnson has won six of 17 starts, including the WGC-Dell Technologies Match Play in dominant fashion. That’s a 35 percent winning clip that includes a major and three World Golf Championship keepsakes to become the first player to claim all four WGCs.

But the most telling comparison to the guy in red may have been how he gutted out his final two [WGC-Dell Match Play] matches with something less than his best game. It was almost Tiger-like.

“Absolutely,” said Butch Harmon, Johnson’s current swing coach who also worked with Woods from ’93 to ’03, when asked if the comparison is fair.

“He drives it great like TW back in the day. He’s a good putter, not great, but good. He has learned to hit irons off tees which I’ve been pushing for seven years, and has a 3-iron with a graphite shaft that he hits miles. He really now has become the total package. As you know nothing rattles him. That is a big plus.”

Comparing any modern player with Tiger has always been unfair, but DJ’s last 10 months have been Tiger-like: https://t.co/TlcZ4xPL8Q pic.twitter.com/EoB7ScScry

To be historically honest, Woods’ run in 2000, for example, included nine wins in 20 starts (45 percent) and three majors along with a WGC high card, but that doesn’t invalidate the parallel.

Johnson is even starting to sound like Woods, giving an eerily familiar take on his play on Sunday at the Match Play, which featured his only two matches that went the distance.

“I definitely didn’t play my best today in the first match or the second. So to win both those matches not having my best stuff is definitely a positive,” said Johnson. “I’m definitely proud of the way I hung in there and played tough and just tried to never give away holes.”

Always one of the game’s longest players, Johnson’s wedge game is now among the Tour’s best and his putting continues to be inexplicably overlooked.

“He has a long way to go to be TW, but he’s on a good track at the moment,” Harmon said.