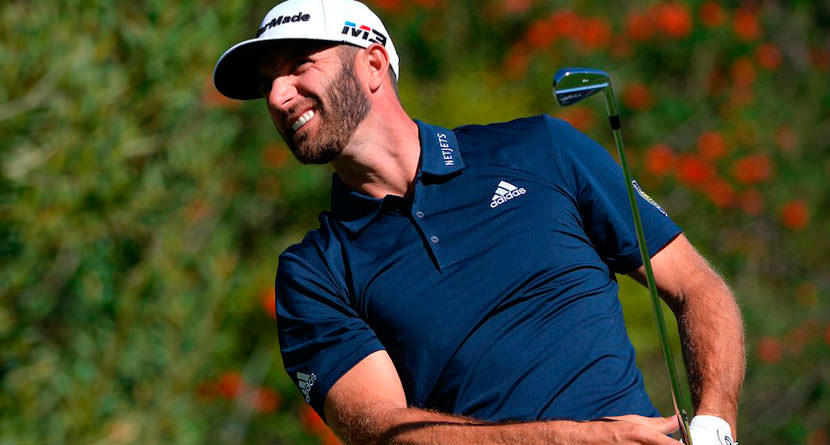 Dustin Johnson is one of the biggest hitters on the PGA Tour, but on Friday at the WGC-Dell Technologies he even outdid himself off the tee.

Johnson, who had already been eliminated from contention in the Match Play Championship, hit the longest drive on the PGA Tour in at least 15 years on the par-5 12th hole at Austin Country Club at 489-yards. It was the longest drive in the Shotlink era (2003) and eclipsed a drive from Davis Love III of 476-yards in 2004.

The only issue with Johnson’s drive on Friday was that it didn’t count.

Because the shot occurred in match play, and not stroke play, the stat won’t count toward the Tour’s longest drive record. The PGA Tour made sure to clarify that technicality after Johnson’s blast made the rounds on Twitter.

Statistics do not officially count in this event. But the longest drive on TOUR in the ShotLink era (2003) is 476 yards by @Love3d. pic.twitter.com/EHgMscMhdt

There is no footage of Johnson’s shot since he was already eliminated from match play and there was no camera on the hole. Johnson’s shot did little to help him on Friday. Johnson and Kevin Kisner both halved the hole with birdies, and Kisner took home the match 4-and-3.