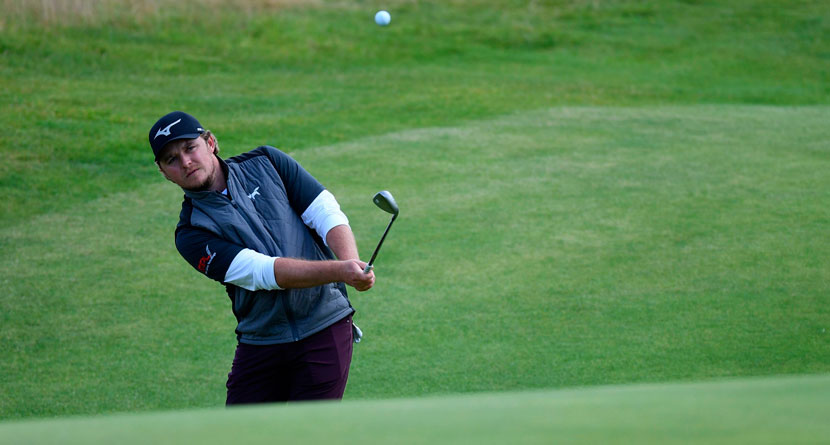 Eddie Pepperell is one of professional golf’s most candid characters.

Whether he’s behind his keyboard cracking wise on social media or competing on the biggest stages in the game, Pepperell rarely fails to disappoint when it comes to speaking his mind. Of course, that openness has gotten him in some hot water before, but his willingness to dip his toe back in the water is what has made him a cult hero to many golf fans.

Pepperell spoke up about the pace of play issues in professional golf a few weeks back when DeChambeau was called out for taking an inordinate amount of time to play two shots after videos surfaced from the BMW Championship.

“Just look at Tommy (Fleetwood) and Justin (Thomas), both looking completely bored,” Pepperell tweeted. “Slow players do this to their playing partners making the game less enjoyable. Problem is, the unaffected single-minded twit in this instance doesn’t care much for others.”

Pepperell subsequently apologized for calling him a “twit,” but he couldn’t help himself when a European Tour reporter set him up to take another shot at DeChambeau on Friday of the Omega European Masters in Switzerland

At 2-under par for the day, Pepperell was just inside the cutline when he was asked about the challenges playing in the Swiss Alps.

“There’s a lot to factor in here, altitude, bit of breeze, change in elevation, slopey lies, temperature. Do you feel a little bit like Bryson DeChambeau?” the reporter asked, teeing it high for Pepperell.

“Yeah, well, I’ve taken three or four minutes over a couple shots,” Pepperell quipped. “They’ve been provisionals; he’s a bit better than I am.”

The tongue-in-cheek response was held in check by his self-effacing qualifier, but Pepperell did enough during a second-round 66 to play the weekend in Crans-Montana. His 4-under par 36-hole total was enough to make the cut comfortably by four strokes.

He enters the weekend five shots back of Malaysian Gavin Green, who is being chased by the likes of Rory McIlroy, Tommy Fleetwood, Andres Romero and Mathias Schwab.