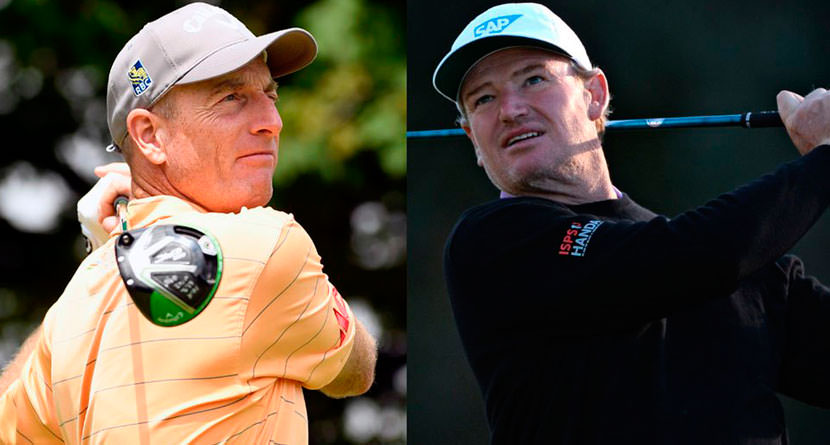 Former U.S. Open champions Ernie Els and Jim Furyk received special exemptions to play in the 2018 tournament to be held at Shinnecock Hills in Southampton, New York from June 14-17.

Former winners Jim Furyk and Ernie Els both granted special exemptions into 2018 @usopengolf. Retief Goosen’s invite at Oakmont in 2016 is the only other special exemption handed out by USGA since 2011.

For Els, this is the 26th consecutive appearance for the Big Easy, who is a two-time winner of the tournament having won in 1994 at Oakmont and 1997 at Congressional. He has 10 top-10 finishes in the major.

Els, 48, has had an eventful week was named team captain for the 2019 Presidents Cup on Tuesday, joining his USA counterpart Tiger Woods.

Furyk, 47, won the 2003 tournament at Olympia Fields and will make his 23rd straight tournament appearance. He’s a three-time runner-up, most recently in 2016 when he lost out to Dustin Johnson at Oakmont.

Furyk, in a statement released through the USGA, thanked the organization for the opportunity to play.