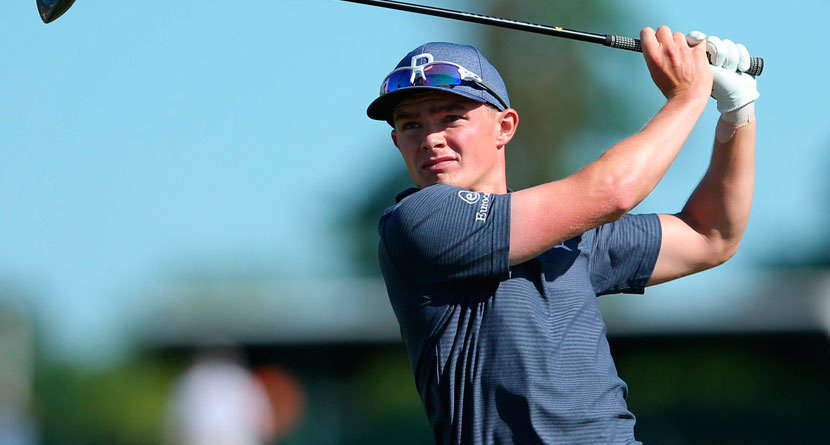 One week, you’re playing like one of the best players in the world, and the next you can look like a weekend hack; that’s what golf can do to even top-tier talent.

English professional Scott Gregory personified that statement by qualifying for one of only 78 available spots in this week’s U.S. Open by shooting rounds of 67-69 at the Walton Heath sectional qualifier and then going out and shooting the worst round in a U.S. Open since 2002 with a 22-over par 92.

Still, Gregory came off the course with a smile, no small feat after what Shinnecock Hills did to some of the game’s other top players and chatted with the media.

“I mean, everyone has bad days. Even people, you look at Rory, Tiger and all those. They all struggle occasionally,” Gregory said. “I qualified last week, so I can’t be that bad. Just got to go out and try to find something.

“I was frustrated but there’s not really anything I can do about it, really. I tried to fix it, but I couldn’t. I’m not one to give up, so I just kept plugging away. Even if I had made birdie at the last, it would have helped me for tomorrow. So I was just trying to do the best I could.”

The winner of the 2016 Amateur Championship, the British equivalent of the U.S. Amateur, Gregory has played elite golf and competed in three majors prior to this week’s U.S. Open.

And although this week will be remembered by most golf fans as the one in which he shot a birdie-less 92, Gregory was able to mark something off his bucket list: meeting Tiger Woods.

“I’ve been waiting for that picture for about 15 years, so quite a big deal,” Gregory said. “It was great to finally meet him.”

Anyone who knows me will know that this is by far the high point of the week so far! I’ve had a few good days prep and feel ready for the @usopengolf but to finally meet the guy who I’ve watched since taking up the game was incredible! Thanks for taking the time to have a quick picture with me @tigerwoods 🙂