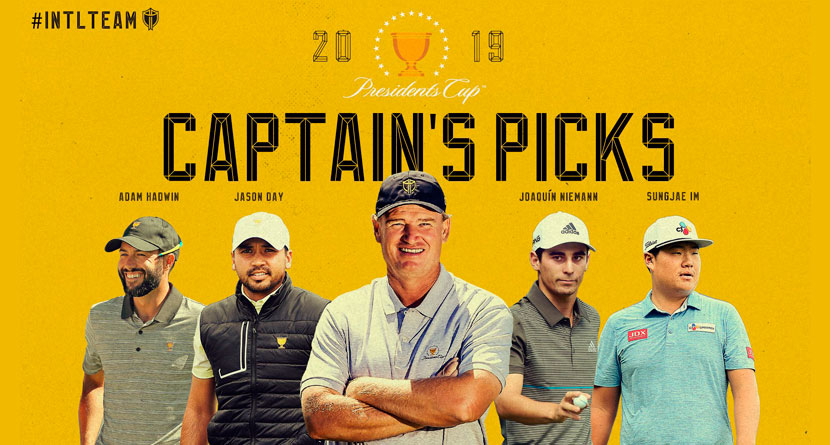 A little bit of old and a little bit of new blood made up International Presidents Cup Team captain Ernie Els’ wild card picks on Wednesday evening as veterans Jason Day and Adam Hadwin were joined on the squad by Sungjae Im and Joaquin Niemann.

“I didn’t go looking for Joaquin who is 20, or Sungjae who is 21, but they made themselves a lock on this team,” Els said. “I definitely wasn’t that good at 20, 21, but these guys are world-class players and they’ve proven themselves. I’m excited by the new blood that’s coming in.”

At such young ages, Royal Melbourne will be both Im and Niemann’s International team debuts, but Day and Hadwin have both taken part in Presidents Cups before. For Day, this will be his fifth International side while Hadwin will be making his second appearance.