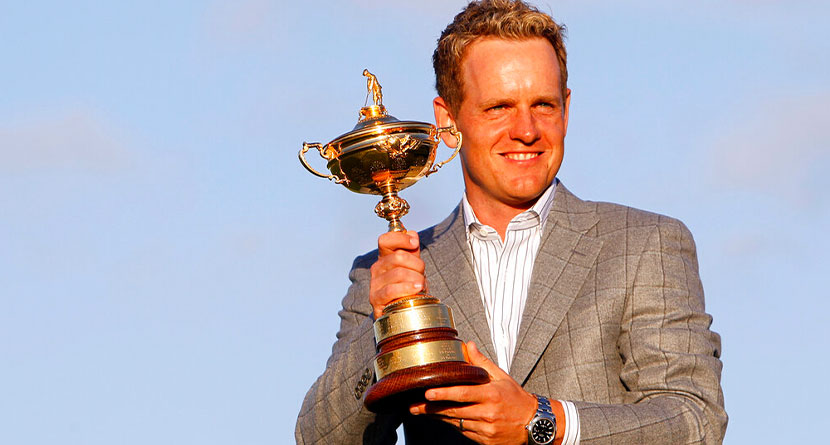 VIRGINIA WATER, England (AP) — A match-play event comprising of 10-man teams from Continental Europe and Britain and Ireland is being revived by the European tour to provide more experience of the format for Ryder Cups.

The Hero Cup will take place in Abu Dhabi from Jan. 13-15 next year and the teams will be selected by Luke Donald, who will captain Europe at the Ryder Cup in Italy later in 2023.

The make-up of the teams will be announced following the season-ending World Tour Championship on the European tour.

BREAKING: The DP World Tour have announced a new competition that will see Great Britain and Ireland take on continental Europe 🇪🇺pic.twitter.com/n2sthZaNOS

Continental Europe and Britain and Ireland used to face off in The Seve Trophy — named in honor of Spanish golfing great Seve Ballesteros — which had eight editions from 2000-13.

“One of the first things I was keen to do when I was appointed as Ryder Cup captain was to reinstate a team match-play contest to give playing and leadership experience to future Ryder Cup players, vice-captains and captains,” said Donald, who took over as captain after the initial appointment, Henrik Stenson, joined the Saudi-backed LIV Golf series.

“I spoke to a number of former Ryder Cup captains who were strong advocates of how similar events in the past have benefitted players who were pushing to make Ryder Cup teams, as well as their own captaincy journey.”