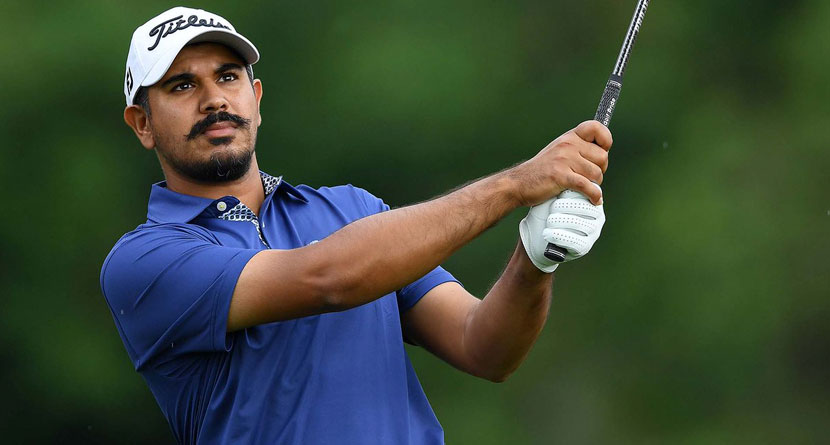 Some aces are just better than others, and it will be hard to top the one European Tour pro Gaganjeet Bhullar hit on Friday at the BMW International Open.

Playing the 17th hole at Munich Eichenried Golf Club in the second round, Bhullar stuck a beautiful 6-iron from 196 yards and watched with a keen eye as the ball fell in the cup sideways on its last rotation.

Unsure if it went in or not, Bhullar and his caddie looked for confirmation from the fans and officials at the green while his playing partner congratulated him.

“This is my second hole-in-one in a professional golf tournament,” Bhullar told EuropeanTour.com. “Before starting this year, I discussed with my caddie one of my dreams, I said I need to make at least one hole-in-one and choose the right one. I’m glad we made that commitment.

“It’s a great moment. BMWs are some of my favorite cars and I’d love to drive that car.”

Bhullar’s ace was just the third in 30 editions of the BMW International Open, 24 of which have taken place at Munich Eichenried Golf Club.

Bhullar shot a second-round 1-under par 71 with the ace. Entering the weekend at 4-under par, Bhullar shot weekend rounds of 75-74 to drop to a tie for 62nd for the week.