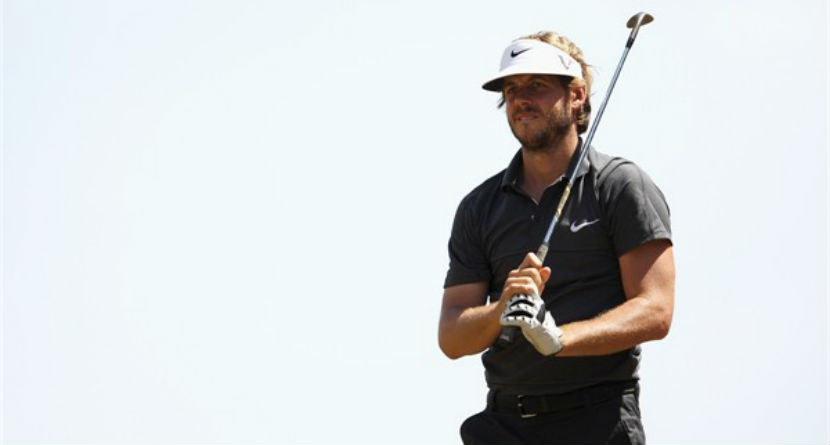 Pants are overrated. On Thursday during the first round of European Tour’s Trophee Hassan II in Morocco, James Heath shed his trousers after finding the hazard on his tee shot on the par-3 17th. Hey, you got to do what you got to do, right? While the look is questionable at best, the fact he got the ball on the green and two-putted for bogey. Unfortunately, he shot a 4-over par 77. Have a look:

Yes, that sure is commitment! However, this isn’t the first time we’ve seen it some get down to their skinnies to hit a shot this year. Back in February, Shawn Stefani took it all off during the Honda Classic a la Henrick Stenson.

Moving across the pond to the PGA Tour, 53-year-old Davis Love III made an all-world par on the par-4 sixth hole at Harbour Town Golf Links during the first round of the RBC Heritage. After blowing a drive deep into the tree to the right, he nailed another tree on his second. Then the 2016 U.S. Ryder Cup captain punched out from the pine straw over the green, only to chip in for a miraculous par:

It never looked like a par … until it was.

Apparently, there might be a pamphlet for that too:

Love finished at one-over and is currently T91. Bud Cauley leads the way after firing a beautiful eight-under par 63 that included eight birds and no bogeys. Here is where things stand after the first round: