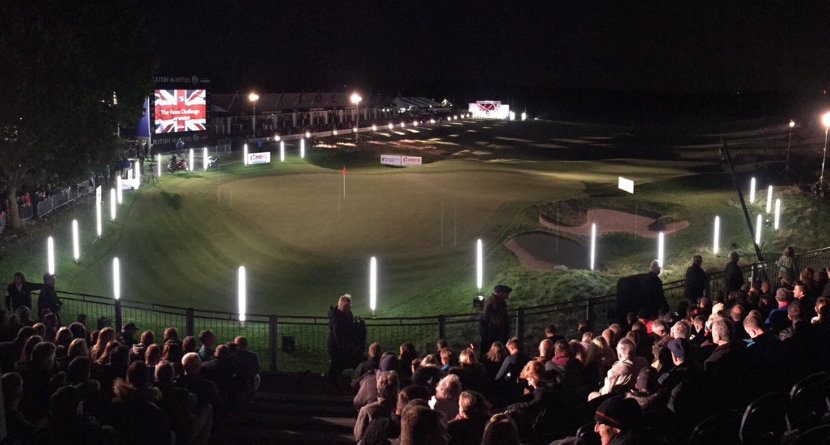 Golfing under the lights at night is a cool idea in theory, but that would never fly on the professional level, right? Well, according to European Tour CEO Keith Pelley, it can and it will. Since he took over the post back in April 2015, Pelley has been trying to implement unique ways to make his product more appealing. For example, just this past September he announced a hybrid format that would combine stroke-play and match-play or by putting a tee box on top of a villa to lengthen a hole this week’s event in Turkey.

In this latest attempt to grow the game, Pelley lined the fairways of the Regnum Carya Golf and Spa Resort, which plays hosts to the Turkish Airlines Open, with floodlights to illuminate the possibilities.


While the idea is definitely out-of-the-box, the challenge will be getting the guys to buy in, especially when millions of dollars are on the line.

“That would be a useless idea,” said reigning Masters Champion, Danny Willett. “As soon as you hit a ball above the floodlights you’ve lost track of it, which is really off-putting. And reading greens under lights becomes too difficult. It would be quite good for a bit of a giggle but not in tournament competitions. You would not want to be playing for money under those sort of circumstances.”

Like we said, it’s a good idea in theory, but pulling it off will be something else.