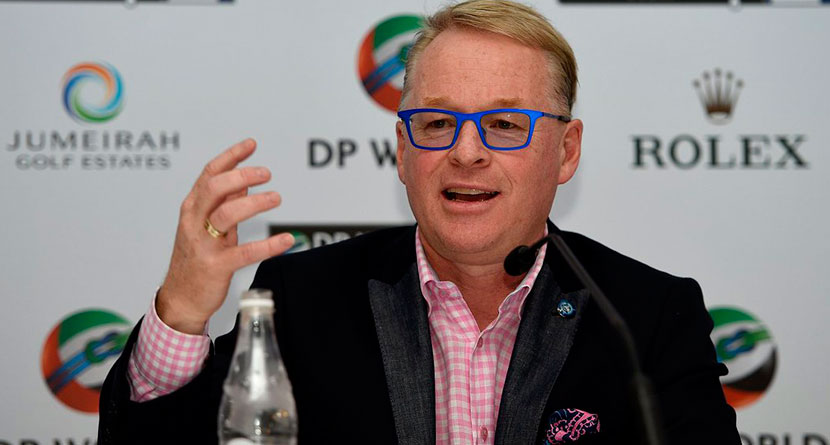 On the same day that the PGA Tour reportedly came down on an early-June restart to the 2020 season, The Telegraph reported that the Tour’s counterpart in Europe was bracing its membership for some difficult realities.

“Our Tour has enjoyed a significant period of growth in recent years, in terms of prize funds, playing opportunities and the overall standard of our events, as well as our broadcast product,” Pelley wrote. “The impact of Coronavirus has stopped this rapid momentum in its tracks, and it will, in fact, require us to reassess many elements.


“You should therefore be prepared that when we do resume playing, the schedule and the infrastructure of tournaments could look radically different from what you have been used to. Many of the things you have become accustomed to, such as top-class players’ lounges or courtesy car services will most likely assume a different appearance, if indeed they are present at all.

“Prize funds will also most likely be different… The reality is, the pandemic  is going to have a profound impact on the Tour financially, as well as many of our partners, both in the sponsorship and broadcast areas.”

This is a pretty sobering read on what the Euro Tour might look like post-pandemic. Another indication that the new normal might not be the normal we knew before coronavirus. https://t.co/wvcGtgsoT9 pic.twitter.com/ACh4O2WheP

Pelley, in reference to the PGA Tour’s cash advance plan, said the European Tour “simply (is) not in a position to be able to do that.” He said that workers at Tour headquarters had been furloughed and executives such as himself had taken pay cuts.

In stark contrast to the PGA Tour’s early-June restart, Pelley offered a hypothetical timeline for events to begin in the beginning of September, which would allow for 16 weeks to get as much golf in as possible between then and Christmas.

“Let us say that we are given the go-ahead by governments and health authorities to resume play in the first week of September,” Pelley wrote to players this week. “That gives us 16 weeks between then and Christmas week to try and play as many tournaments as possible. But it doesn’t simply mean 16 tournaments.

“We are looking at options such as (a) multiple tournaments in the same location; (b) two tournaments in the same week or three in a fortnight, or (c) three or four tournaments back-to-back in the UK with a 14-day ‘quarantine’ period ahead of that to allow players not from the UK to come over and self-isolate in advance, if that health requirement is still in place then.

“I pinpoint the UK as the financial reality is that our UK events, in addition to our Rolex Series tournaments, are the most critical ones to try and stage to meet the demands of our broadcast contracts, particularly from our primary broadcaster Sky Sports. We will also play behind closed doors if necessary.”

Pelley also warned that the schedule in the years to come will likely look different than what has become the accepted modus operandi of the Tour in recent years.

“We are doing everything we possibly can to come through this, but be prepared that the 2021 schedule may look profoundly different to the 2019 or the 2018 schedule,” Pelley wrote. “This is  difficult for all of us to face after the tireless work we have all undertaken to grow our Tour over the last five years, but this is the new reality.”