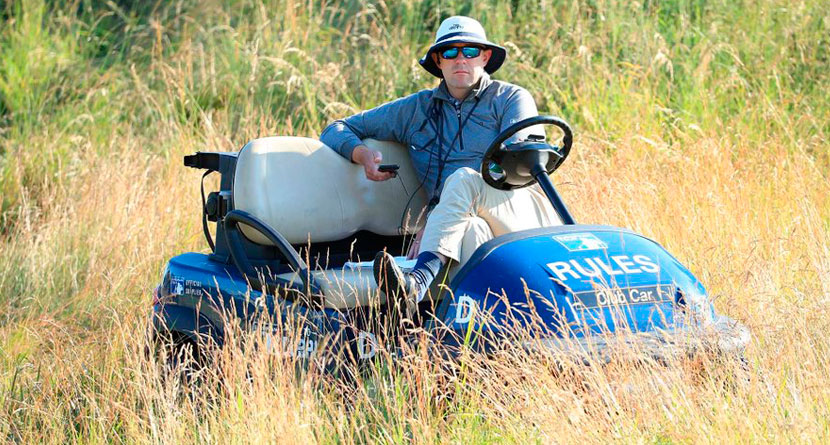 The slow-play debate reached a fever pitch in recent weeks, and unlike many other issues within the game, something actionable has been put in place to solve the problem by one of the biggest professional Tours in the world.

On Monday, the European Tour released a statement detailing “a concrete four-point plan aimed at tackling the issue of slow play in professional golf.”

Signed off on by the Tournament Committee in July and “fine-tuned over the past month,” the four pillars of enforcement will focus on regulation, education, innovation and field sizes.

“We are already at the forefront of pace of play management in the professional game, but after being mandated by our Tournament Committee to be even firmer in dealing with this issue, the time was right to take these additional steps,” Chief Executive of the European Tour Keith Pelley said. “I believe the plan we are implementing for the 2020 season will bring about meaningful change that will make golf even more enjoyable for the players and our fans, whether they are at the course in person or watching on television.”

Really happy with the decisions taken by the @EuropeanTour to tackle slow play!
I am both happy and proud to have played a very small part in it.
Hopefully golf on the European Tour will be an even better show to watch from 2020 onwards!https://t.co/4lnLTgy2sV #slowplay

Partially instigated by Edoardo Molinari’s “name and shame” revelation of the Tour’s slowest players in April, the biggest change in the policy will be the enforcement of two bad times during one round resulting in a one-stroke penalty. Fines will also be elevated for those players who are “regularly” put on the clock, and the precedent for time allowed to hit a shot will be shortened.

A particularly revolutionary inclusion into this plan is the introduction of “in-position timing,” which will allow officials to not only monitor groups who are well behind the group in front of them, but also those who are technically playing in accordance with the “time par.”

Referees are also required to be proactive in targetting “known slow players for in position timing,” according to the release.

The European Tour is embracing the use of technology to enforce these pace of play regulations, which will be tested at next month’s BMW PGA Championship at Wentworth, the Tour’s flagship event.

Aside from regulation, the other three pillars of this four-point plan will require players to pass “an interactive online rules test,” (education); the Tour will introduce the innovative “Pace-of-Play system” (innovation); and full-field events will be decreased from 156 players to 144 players in an effort to allow more space for referees to push groups along, especially over the first two rounds of play (field sizes).