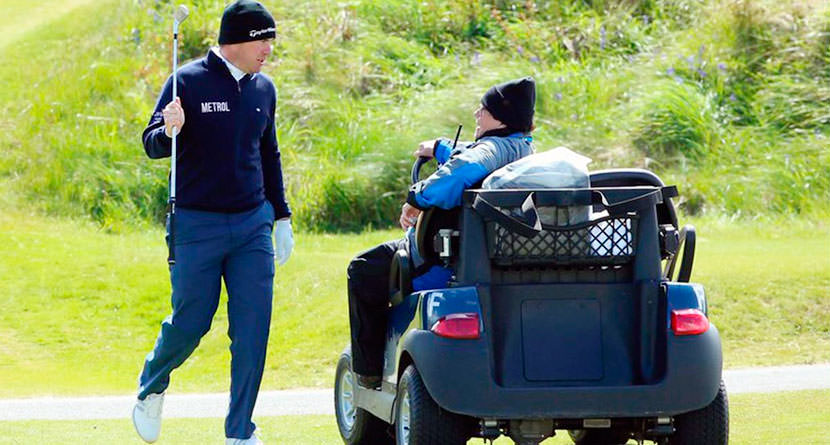 The European Tour is never afraid to try something new. From their unique GolfSixes to music on the driving range and closest to the pin challenges under the lights, under Commissioner Keith Pelley nothing is out of bounds.

While the Tour has done a lot to try and make the came more attractive to new fans, longtime fans of the sport are rejoicing at Pelley’s latest idea put into action: shot clocks at Tour events to speed up the pace of play.

The European Tour will take a major step toward addressing slow play when it implements a shot clock during the 2018 Austrian Open. Players will have a 40-second time limit to hit a shot at the June event, as first reported by the Daily Mail.

Here’s how it will work: A referee will follow each group and keep time. The first offense earns a yellow card, but after that, players will be penalized a stroke for each time over 40 seconds.

We’ll see what happens when this is actually enforced, but for now, players seem to be in favor of the move.

“What a brilliant idea, and long overdue,” Lee Westwood told the Daily Mail.

“It underlines how long 40 seconds is to play a shot and how ridiculous it is that rounds take so long,” Andy Sullivan added. “The sooner it’s introduced on tour, the better.”

David Howell, a former Ryder Cupper who heads the European Tour’s tournament committee, told the Times of London, “We’ve discussed it and agreed it should take place. Among the committee, we think it’s worthwhile trialling that week in those specific circumstances. The field is not the strongest so it can be shortened without doing anyone too much harm. That allows the opportunity to get around quickly, so that’s why it is that week.”

However, Howell noted that certain recovery shots — like those made famous by Seve Ballesteros — wouldn’t happen under such a strict time restraint. As a result, he doesn’t sound sold on the idea.

“You won’t have time to work out shots like that if you’ve only got 40 seconds, which is a big negative,” Howell said. “We’re not suggesting this is how professional golf should be in the future.”