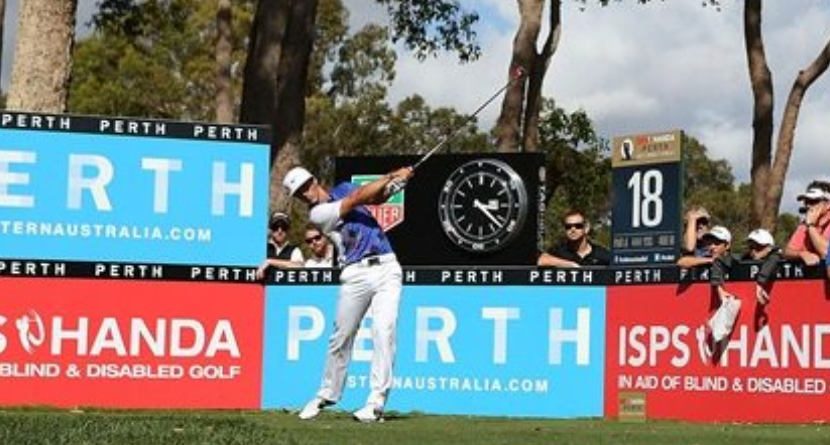 The European Tour and the PGA Tour of Australasia announced a new format that will combine both stroke play and match play over the course of a regular four-day event. The tournament will be known as the World Super 6 Perth, and it will be hosted at Lake Karrinyup Country Club in Australia from Feb. 16-19.

Like standard golf tournaments, there will be a 36-hole cut, but that’s where the similarities end. The leading 24 players after the third round will advance to Sunday and square off against each other in six-hole matches until a winner emerges.

But wait, there’s more! If the players are tied after the sixth hole, they will play a sudden death 100-yard (90-meter) make-shift hole. If the winner is still not decided, they’ll go back to the “tee,” and then a closest-to-the-pin contest will determine the winner.

“This is an exciting day for international golf as we launch the World Super 6 Perth; a golf tournament which is set to change the way people view golf,” said Brian Thorburn, CEO of the PGA of Australia and PGA Tour of Australasia, according to the European Tour’s website. “Cricket has Twenty20, Netball has Fast5, Rugby Union has Rugby7’s and now golf has the World Super 6 Perth.”

Keith Pelley, Chief Executive Officer of the European Tour, who also is a huge proponent of golf’s need to adapt echoed, “This initiative was something that we spoke about at great length to our Tournament Committee, led by Chairman Thomas Bjørn. We are thrilled to participate in this because, at the European Tour, we believe that golf needs to look at new and innovative formats.”

While this sounds like an idea you and Carl Spackler could have come up with after a few puffs of his Kentucky Bluegrass/Featherbed Bent/Northern California Sensemilia hybrid, we can’t complain about the fact that the European Tour is at least trying something new.