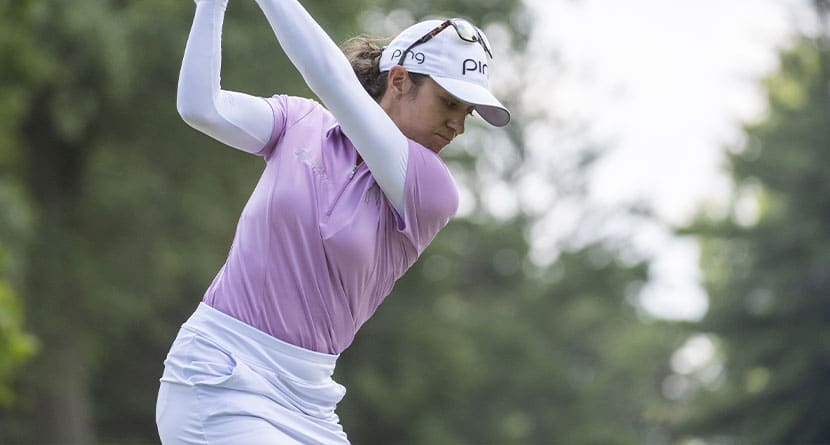 On July 18, Paula Reto was on the outside looking in at the Olympic Games this week. By July 19, she had gained entry as two of her South African compatriots opted out. On July 24, she returned a positive COVID-19 test and was forced to withdraw not only from the Olympics, but also the fourth women’s major championship of the year.

The kicker for Reto was that she had already had COVID back in March and had been fully vaccinated.

She took four subsequent tests following her positive result, all of which came back negative, triggering the LPGA Tour’s false-positive protocols, but the damage had been done.

Tied for 40th after the third round at Evian, Reto withdrew from the major championship and had to pull her name out of the Olympic ring due to the timing of the whole ordeal.

“It’s so unfortunate how everything unraveled for me,” Reto said of the apparent false-positive test. “I was like, ‘Is this not meant to be?’ It’s like I wanted it so badly and it kept moving.

False positive COVID-19 test knocks LPGA player Paula Reto out of a major and the Olympicshttps://t.co/tNM4xuKZsa

Due to the subsequent negative tests, the LPGA Tour and French guidelines allowed Reto to take a flight from France to Northern Ireland to play in last week’s ISPS World Invitational, where she placed tied for 17th having arrived late Wednesday evening without playing a practice round.

Because of the timing required to take and get results for the subsequent tests, Reto withdrew from the Olympics so another competitor would have time to go through the COVID protocols and get to Japan in time to practice at Kasumigaseki Country Club.

“I didn’t want to leave somebody just a couple days and then try to get to the Olympics,” Reto said. “So I said, ‘Let me do the right thing.’”

The IGF announced that replacing Reto in the field was Diksha Dagar of India, who was the nest available athlete on the IGF Reallocation Reserve List.

As much of a hit as withdrawing from a major championship and the Olympics may seem from a purely competitive standpoint, it perhaps looms larger as Reto faces uncertainty with regard to her job security next year.

Reto, 31, isn’t in the next two LPGA fields in Scotland and ranks 111th on the CME Race to the Globe List, which determines status for 2022, giving it to anyone in the top-100.

Back home in Florida this week, Reto plans to fly to Scotland next week to attempt to qualify for the AIG Women’s British Open at Carnoustie, which begins on August 19.