Feherty Says Woods An “Unknown” At The Open 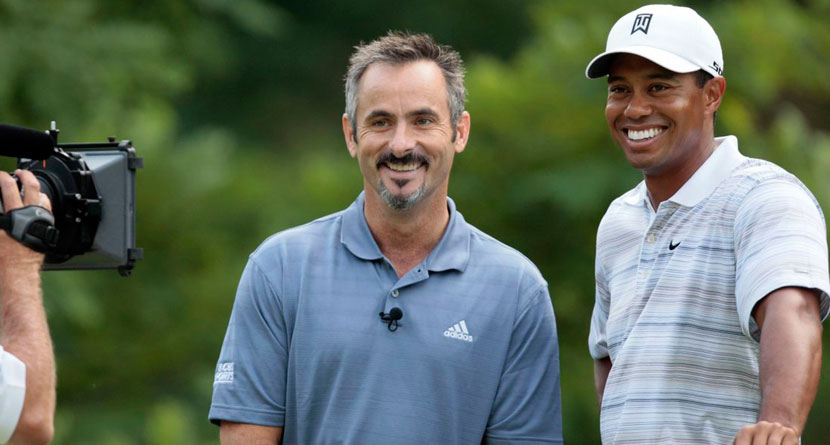 Tiger Woods has only been seen or heard from since his tie for 21st finish at the U.S. Open in candid shots of he and his family vacationing in Bangkok as well as an Instagram story published to Nike’s corporate account in which Woods announced that he’s been getting his body acclimated for Royal Portrush by waking up at 1 a.m. ET.

Golf Channel / NBC analyst as well as Northern Ireland’s native son, David Feherty, weighed in on Woods’ chances earlier this week during a conference call with reporters as the Open heads back to Feherty’s homeland for the first time since 1951.

“He sticks to a plan,” Feherty said, according to Golf.com. “I think a good deal of it will depend upon the weather, which I suspect — being from there — may not be great. We may get some real Open Championship weather. Personally, I kind of hope we do. There’s something traditional or special about playing golf in bad weather.

“Tiger typically is not renowned as a bad weather player. I don’t know what sort of shape his back is in for that kind of thing, but I know Freddy (Couples) suffered with it over the years. But the only mistake I’ve ever made about Tiger Woods is underestimating him. He’s an unknown quantity at the moment.”

“He’s an unknown quantity at the moment.”

David Feherty shares his Tiger thoughts ahead of The Open. https://t.co/f4EfhuPiYu pic.twitter.com/LkKQWpTlB8

While Feherty wouldn’t go so far as to say Woods preparation wasn’t sufficient to contend, another Irishman, Padraig Harrington did last week.

This has been Woods’ plan all along, however. Following his final-round 2-under par 69, Woods said he wouldn’t be playing competitively Stateside or abroad before the Open.

“I think I’m going to take a little bit of time off and enjoy some family time,” Woods said after completing the U.S. Open last month. “It’s just trying to wind down from the championship as well as my lifts and getting back into it.

The Open begins next Thursday, July 18.