Are We Fighting Tiger Fatigue? Maybe Not 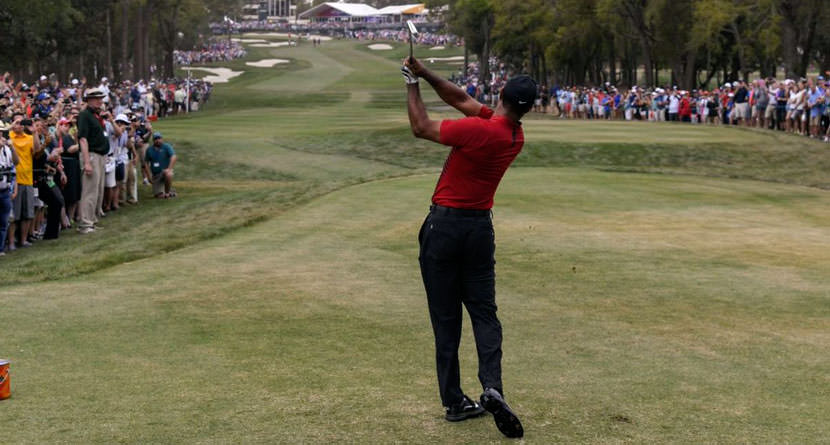 Oh how the golf world has missed Tiger Woods.

The 14-time major champion was back in contention this past week at the Valspar Championship, breaking out his trademark Sunday red shirt, and finished one stroke in back of Paul Casey at Valspar. The true winner on Sunday? That would be NBC, Valspar and the rest of the golf world.

Woods has not won since winning the WGC-Bridgestone Invitational in 2013, and him being at the top of the leaderboard this past weekend generated 41/2 times the exposure of the previous four winners combined (Phil Mickelson, Ted Potter Jr., Bubba Watson, Justin Thomas) according to ESPN’s Darren Rovell.

The ratings for NBC, released on Monday, drew a 5.11 overnight metered and it was the highest-rated non-major PGA Tour broadcast since 2013.

On the ground, the Valspar Championship smashed its previous attendance record, up to 150,000 attendees in 2018 from 112,000, its previous record-setting mark set last year, according to The Tampa Bay Business Journal.

So is it too much Tiger on the TV? The interest around golf is spiking and Woods is already the betting favorite to win the Arnold Palmer Invitational this week at Bay Hill, opening at 13-2 to win at the Westgate Superbook on Monday.

“The numbers tell us what people want to see,” Shannon said.  “If he had just made the cut, no, you’re not going to show every shot. But are you going to keep the audience apprised of how he stands? Yeah, because there is interest and the ratings tell us that. The decisions were really easy this weekend.”