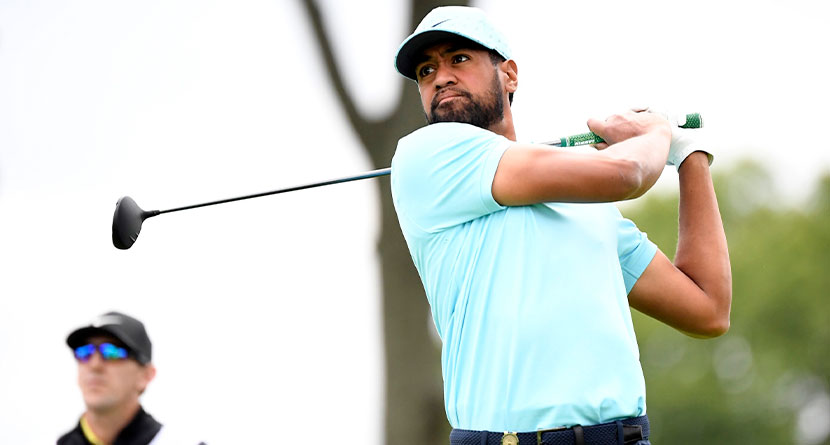 Speculation that Augusta National would extend the par-5 13th hole known as “Azalea” was confirmed when “Eureka Earth” on Twitter posted an aerial view that shows the tee moved back some 35 yards.

It was further confirmed by Tony Finau, who played 36 holes during a two-day visit to the home of the Masters last month.


Finau said he rarely hit more than a 7-iron for his second shot after a reasonable drive. That much has changed, but he felt the character of how the hole plays has not.

“I hit 4-iron the first time and 3-iron the second day,” Finau said.

The course is soft and long in the late fall and winter. Once it dries out for the first full week in April, Finau believes the big hitters will be hitting two clubs less.

“I don’t mind it for me,” he said. “I used to struggle with that tee shot. I like hitting driver, but I have to take it over the corner. Now I can hit it straight and it’s not going to go in the pine straw (through the fairway on the right).

The club has not publicly announced changes ahead of the next Masters. The hole played 510 yards. Finau said he looked at the yardage plate on the tee and it was 545.

The last significant change to the hole was ahead of the 2022 Masters when the tee was moved back 25 yards.

Historically, the 13th hole plays as the easiest for the Masters.