Finchem Is Getting A Pretty Sweet Parting Gift 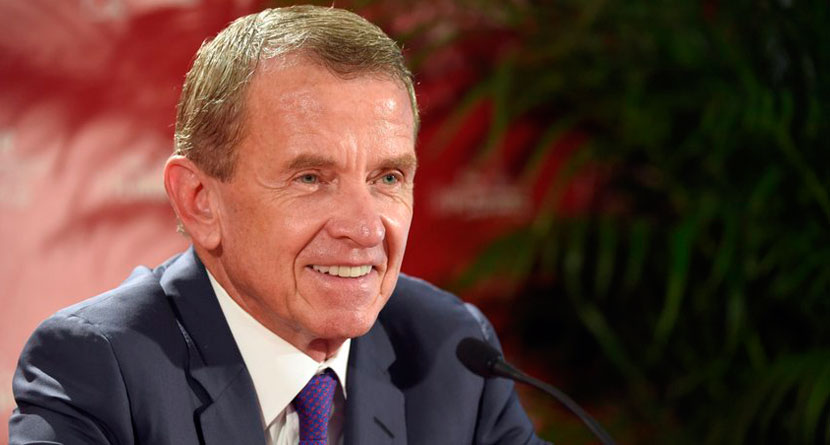 For 22 years, Tim Finchem has traveled the world and stayed in some of the most luxurious accommodations, all in the name of golf. The PGA Tour prospered during his tenure, thanks to his sharp business acumen and ability to be in the right place at the right time when Tiger Woods broke onto the scene.

Despite watching the world’s most talented players traverse the best and most exclusive golf courses and clubs the world has to offer, Finchem maintains that he didn’t get to play as much golf during his time in the commissioner’s office as he would have liked. However, now that he is stepping down from his post, Finchem is being rewarded handsomely for his restraint.

According to a Tour pro who spoke on condition of anonymity, the commish was offered a membership to Augusta National Golf Club as part of his sendoff.

The Augusta invite was referenced at a recent Tour policy board meeting where, the source said, the assembled players playfully “roasted” the outgoing commish and presented him with some parting tributes and gifts of their own.

According to the source, Finchem received a spot in the upcoming AT&T Pebble Beach National Pro-Am — with the award-winning Thomas Keller serving as his personal chef for the week — and he will be honored at the 2017 Memorial in Dublin, Ohio.

One of the most touching gifts came in the form of a video message to Finchem from the late Arnold Palmer, taped just three weeks before the golf legend’s death. According to the source, no one knew the tribute was coming and it left the whole room “bawling.”

Knowing that Augusta National doesn’t comment on their membership, we’ll have to wait until April to see if Finchem has traded in his blue PGA Tour blazer for Augusta green.