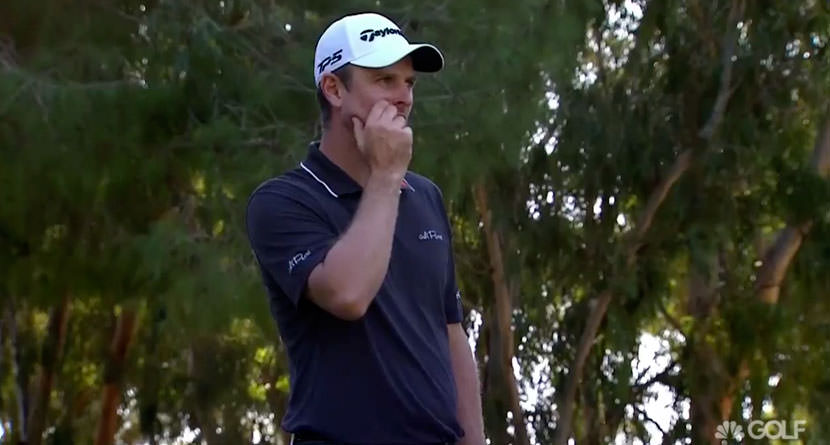 One flagstick at the Turkish Airlines Open denied three big-name players aces over the course of the week. The par-3 14th hole played just over 170 yards all week, which meant that the best players in the world were taking dead aim.

While there weren’t any aces on the hole all week, there were at least three shots that had a good chance to go in only to be rudely rejected. The first near-ace came on Thursday when eventual champion Justin Rose rattled the flagstick.

Not to be outdone, on Friday Shane Lowry hit the same flagstick only to befall a similar fate.

As if those two shots weren’t close enough, Thomas Pieters confirmed that the stick on No. 14 was definitely on a mission to defend the cup from any aces.