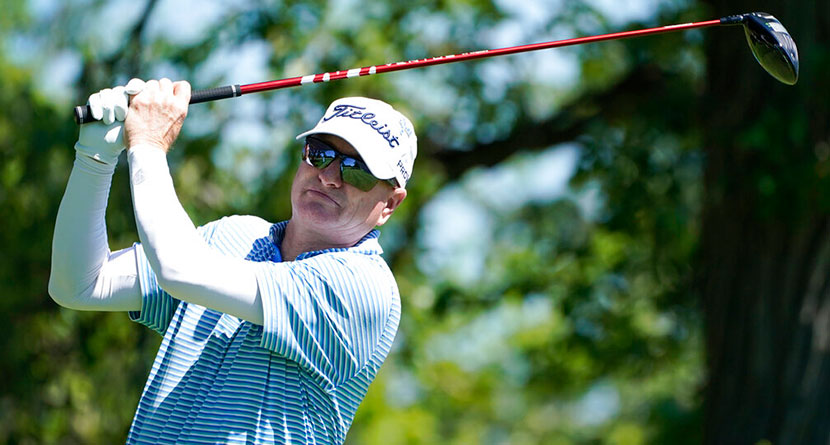 Flesch birdied the first four holes and five on the front nine in a strong start, then stalled on the back. But he got the only birdie he needed with a putt from about 8 feet on the par-5 finishing hole for a one-stroke victory over Ernie Els, Steven Alker and Paul Stankowski.

There is your dagger!

“I hung in there all day,” Flesch said. “I got off to a great start, but winning at Pebble Beach I think is every professional golfer’s dream.”

Alker, the Charles Schwab Cup money leader, was looking to become the first four-time winner on the over-50 tour this year. Els had the best round of the day, an 8-under 64, but came up just short of his first victory of the season.

Stankowski made just two bogeys on the week in the best Champions finish of his career, coming in his 26th start.