Fowler Begins With New Caddie, Coach And Early 67 In Napa 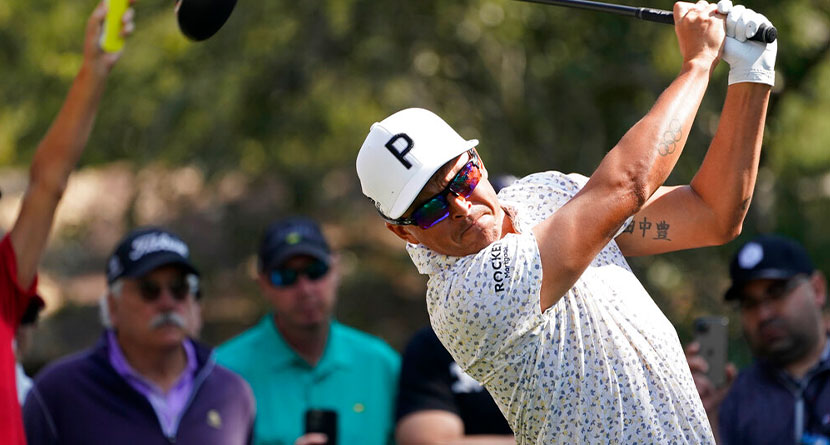 NAPA, Calif. (AP) — Rickie Fowler began his 15th professional season Thursday. From clubs to coach to caddie, just about everything is new for the five-time PGA Tour winner.

He shot a 5-under 67 and was among a large group one shot behind early co-leaders Byeong Hun An and S.H. Kim at the fog-delayed Fortinet Championship.

An, a three-time PGA Tour runner-up who regained his card via the Korn Ferry Tour, had seven birdies and one bogey en route to his 66 at Silverado Resort and Spa.

Kim, a PGA Tour rookie, had eight birdies and two bogeys in the opening round of the PGA Tour’s new season — its final time using a wraparound schedule.

Two groups began first-round play, but it was then delayed 90 minutes by fog.

Defending champion Max Homa, a two-time winner last season and a captain’s pick for next week’s Presidents Cup, was among late starters. Approximately 20 players were not expected to finish their opening rounds.

Fowler, who had a bogey-free round, has only four top-10 finishes in the past three seasons. He recently began using a new putter and this week is also using a new set of irons.

Once ranked as high as No. 4 in the world, Fowler is now 176th. With his new clubs, Fowler hopes the rekindle his career with the assistance of a new caddie and new coach.

On the bag is friend and veteran PGA Tour caddie Ricky Romano. Butch Harmon, who has worked with Fowler in the past, replaced John Tillery, who was Fowler’s swing coach for the past three years.

“Yeah, I always like it when there’s a bogey-free round in there,” Fowler said. “For the most part, there wasn’t an issue today other than having to make a 15-footer when I hit it into the bunker. Other than that, it was a fairly simple day.”

Fowler missed the FedExCup playoffs for the first time in his career in 2021. He got into the first playoff event this past season, the FedEx St. Jude Championship in August, but did not advance farther.

“I’ve had some good weeks in the past few years, but it shouldn’t just be a few weeks in those years, there needs to be more,” Fowler said. “I’m just trying to get to be more consistent.”

Fowler hadn’t played in the event since 2010 when it was played at CordeValle.

“Well, not going to the playoffs and not being on a Presidents Cup team, that’s been really the only reason I haven’t been to Napa yet,” Fowler said. “I’ve always heard good things about the event, so not to say thanks to bad play or anything, but that’s kind of the reason we’re able to be here this week.”

Fowler was pleased with his overall play, particularly off the tee.

“I set the round up by driving it fairly nicely, especially the second half of the day,” Fowler said. “And I was just able to keep moving forward. There weren’t many times where I had to play too defensively.”

Matt Kuchar, whose 2019 win at the Sony Open was the last of his nine PGA Tour titles, was among several players at 4 under.