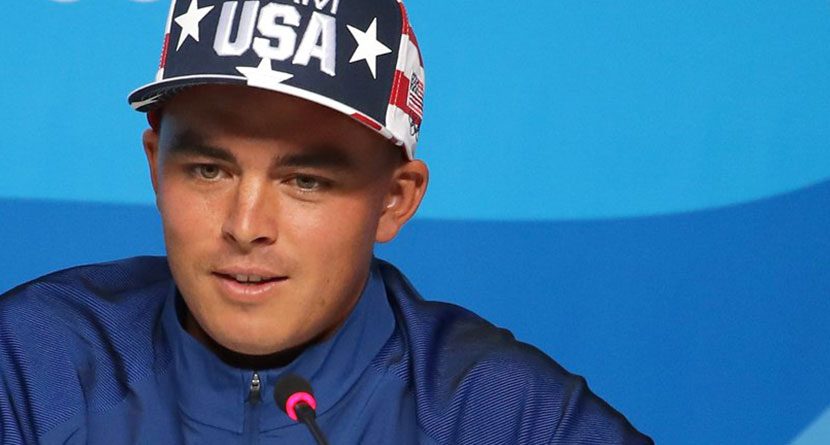 With the Olympic Games in full swing and Olympic golf kicking off this morning in Rio, it’s a safe bet that a few of the guys who decided to stay home are experiencing a little bit of regret. Rickie Fowler is making sure a few of his high-profile friends are definitely experiencing some regret, according to the AP.

Jordan Spieth and Rickie Fowler planned to be roommates in Rio for the Olympics, right up until the final day to commit and Spieth decided to withdraw. He texted Fowler to apologize, and Fowler responded with a playful message, “You’re just going to be jealous when I get that gold.”

Fowler isn’t waiting for golf to start to make good on his word.

He was the first of the four Americans to arrive in Rio, taking part in the opening ceremony. He has been hanging with other athletes at the Olympic village, including the divers. He tweeted a photo of meeting Jamaican diver Yona Knight-Wisdom . He was headed to swimming on Tuesday night.

And apparently there are plenty of texts back home.

“As far as making guys jealous back home or wherever they might be, I feel like I’m doing a pretty good job of it, and there may be some personal messages that have been sent back and forth that I was definitely showing them that we’re having a good time down here,” Fowler said.

Fowler’s been all over the place and hanging out with all sorts of athletes during his time in Rio. And while there have been a few blips on the radar for those attending the Games, there have been very few, if any, complaints from the athletes.