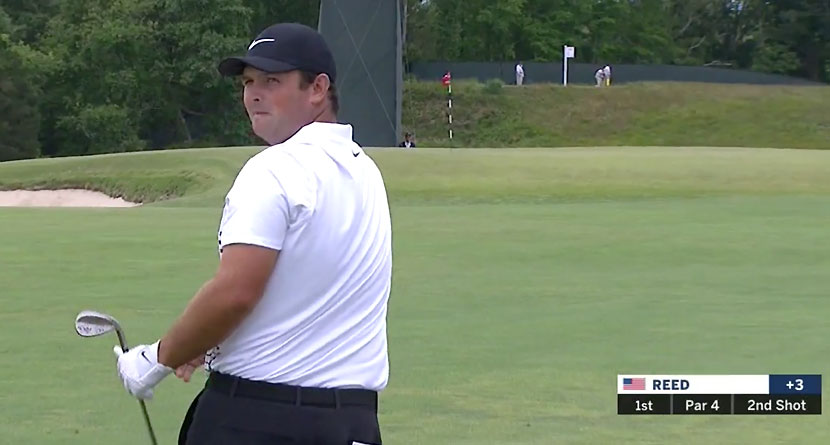 Fox’s coverage of the U.S. Open is known for their integration of cutting-edge technology. From new ways to show the shots the pros are hitting with a shot tracer or overlay graphics to the more than 200 microphones scattered around Shinnecock Hills, golf broadcasts’ new guys are trying to push the envelope in every way possible.

Unfortunately for Fox, that push backfired on them on Friday afternoon. Very vocal about the importance of the player-caddie conversation in the run-up to the event, the broadcast team of Joe Buck and Paul Azinger went silent as Masters Champion Patrick Reed and his caddie went over an approach shot into the par-4 first hole only to have a crude conversation by a couple of New York fans fill the airwaves.

Awful Announcing pulled the clip and transcribed the conversation. Caution: the clip contains some NSFW language.

The hot mic lit up social media and forced Fox spokesperson Anne Pennington to release a statement to The Sporting News.

“Today, during the live FS1 broadcast of the 2018 U.S. Open, one of the many microphones on the course inadvertently picked up some offensive crowd chatter. We sincerely apologize,” the statement said.