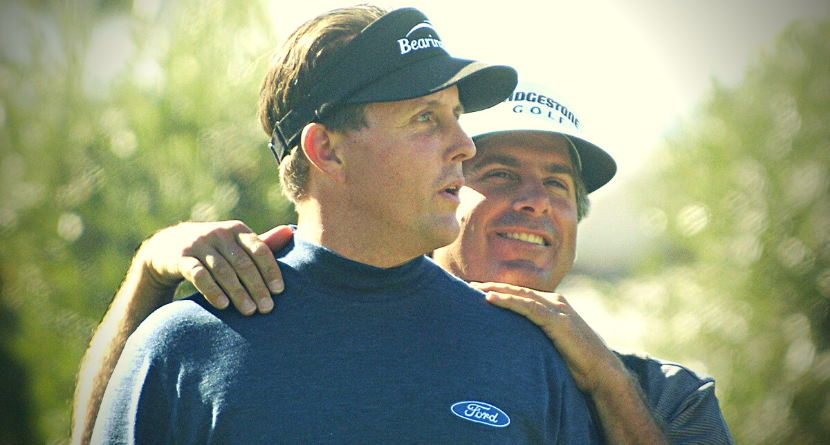 If and when Phil Mickelson is welcome at the Masters Champions Dinner again, there’s at least one seating arrangement to avoid.

In a recent interview with Golf.com, Fred Couples — who has staunchly backed the PGA Tour since LIV Golf’s arrival as a disruptor league — criticized Mickelson and his fellow defectors for essentially forfeiting their freedom of speech by aligning with the Saudis.

“These guys — you’ve seen their interviews, right?” said Couples, who’s set to serve as an assistant captain for the 2022 American Presidents Cup squad. “Have you ever seen Phil look so stupid in his life? They know it’s a joke.”

Couples’ answer stemmed from a broader discussion on whether he could ever seriously entertain a LIV Golf offer. At age 62, with a green jacket in his closet, his legacy is set. So he understands his perspective is unique. But he also values the ability to speak his mind, something, he insinuated, could not be said of the players who have inked LIV deals.

“I think this is a family thing for me,” Couples said. “I’m a little peon from Seattle, but I know where the money’s coming from, and I think my family would disown me if I went. Of course, that’s easy for me to say because I’m not going, so I can actually tell you whatever I want to tell you.”

Mickelson and Couples have served together as vice captains on American teams. Their relationship was friendly, if not an outright friendship. But that’s clearly in the past tense.

“I don’t think I’ll ever to talk to him again,” Couples said. “What for? I’m not in the same boat as him anymore, and probably never will play golf with him again. I’m not saying that to be mean. We’re just in different orbits.”