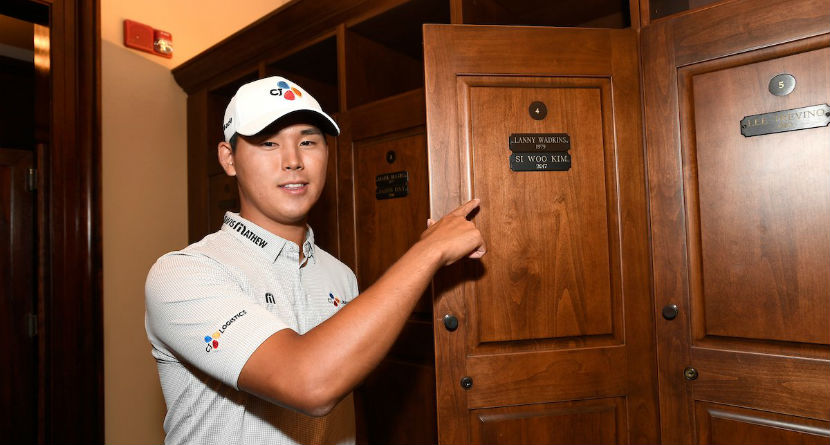 Gambling is fun, especially if you win big. The past weekend saw 21-year-old Si Woo Kim become the youngest winner of the Players Championship in the history of the event. Just how big of a long shot was the South Korean? His odds were 500-to-1! As it turns out, an Irish gambler, who either knows way too much about golf or is incredibly lucky, took a chance on the youngster putting down $220. By Sunday evening, that person netted more than $66,000!

The Irish Golf Desk has the report:

Liam Glynn, BoyleSports spokesperson said: “Hats off to the Dublin savvy punter who picked Kim Si-woo to win the Players Championship at the massive odds of 500/1.”

He added “The lucky punter certainly knows their golf and no doubt they will be able to afford plenty of four balls at the K Club after netting a whopping €60,200 from their €200 bet. We can certainly say this time that they got a hole in one over us and a little birdie told us that they are already enjoying spending their winnings.”

While $66,000 is nice, $1.89 million is better, and that’s exactly what Kim raked in with the victory. However, you would think he’d be able to upgrade his flight out of Ponte Vedra Beach. Nope! He flew Southwest and chose to keep his middle seat in coach.

You never know who you will sit next to on a flight to Atlanta. 2017 The Players Champion. @THEPLAYERSChamp pic.twitter.com/X5CvX5kUbf

Whether he boarded in zone 1, 2, or 3 remains to be seen. But hey, at least his bags fly free!