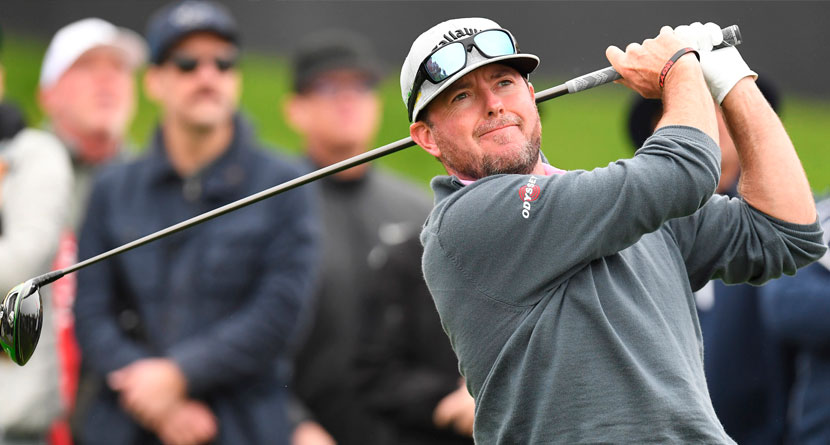 PGA Tour pro Robert Garrigus is returning to the PGA Tour this week after serving a three-month suspension for testing positive for a “drug of abuse.”

Garrigus confirmed that the suspension was due to a failed marijuana test, but now that he’s back on Tour, he’s raising questions about the strictness of the Tour’s policy.

Speaking to Golf Channel’s Todd Lewis on the range at this week’s 3M Open, Garrigus said that he had a medical marijuana prescription at the time of the failed drug test, but his THC levels were higher than the Tour’s acceptable range.

Accepting his suspension, Garrigus said that he plans to address the drug policy considering marijuana is not a performance enhancer and something he and other players feel is “an absolute ridiculous rule.”

“I wasn’t trying to degrade the PGA Tour in any way, my fellow professionals in any way. I don’t cheat the game, that wasn’t my intentions, but the rules are the rules, I went over (the accepted limit and I got suspended.,” Garrigus said. “(Marijuana) just doesn’t help you get it in the hole. I understand HGH, anything you are trying to do to cheat the game, you should be suspended for 100 percent. Everything else should be a discussion.”

Garrigus took it a step further saying that if a drug that is legal in some form or fashion in 28 of the 50 states, there should be testing for similar drugs, such as alcohol.

“If you are doing marijuana, then we should be testing for alcohol, too,” Garrigus said. “If you can buy it in a store, then why are we testing for it? That’s my opinion.”

Garrigus and his family own a marijuana farm in Washington, where marijuana is fully legal, and he plans to talk with PGA Tour commissioner Jay Monahan about removing marijuana from the banned substance list.

In the meantime, Garrigus said he his suspension has rekindled his fire for professional golf and he’s excited to tee it up this week in Minnesota. He’ll play alongside Lucas Glover and Brandon Harkins for the first two rounds this week.