McCord Speaks Out About CBS Dismissal 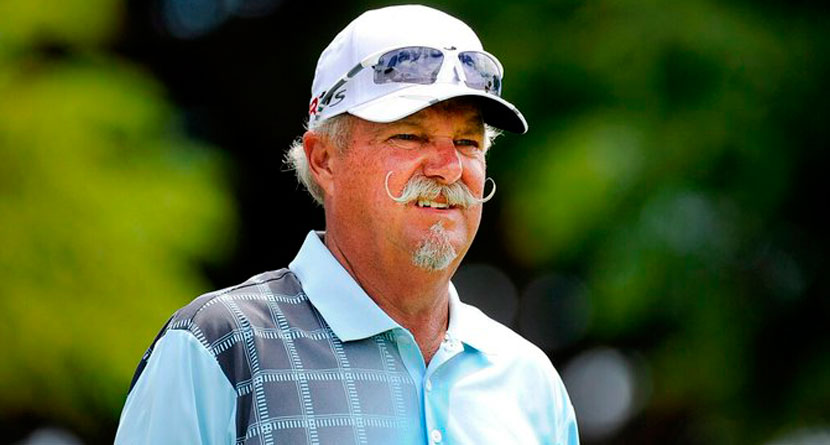 Not many people are happy when they lose their job, and Gary McCord is no exception — only not for the reason you may think.

In multiple interviews on Monday, McCord said that there were two things that really bothered him about his dismissal from CBS’ golf coverage after more than 30 years: the reasoning behind it and the timing of it.

“He said to me, ‘You’ve been here so long, when you want to go, you tell me.’ I don’t recall telling him that,” McCord told GolfDigest.com’s Dave Shedlowski of his conversation with CBS Sports chairman Sean McManus. “This is not how I would have preferred to see it end. I’m going on 72. I’ve been doing this for 30-odd years. I knew I was coming to the end of the deal, but I was going to go out on my terms. That’s not happening now.

“Bottom line, they fired me.”

Diving into the actions that led to him finding out about his contract not being renewed, McCord, who is known for his handlebar mustache and relatively zany antics in the booth, was told that the coverage had grown “stale” by CBS Sports chairman Sean McManus, as relayed to former Tour pros-turned-radio hosts Colt Knost and Drew Stoltz on SiriusXM PGA Tour Radio.

“Stale did not work for me,” McCord told The Gravy and The Sleeze show. “That kind of got me riled up a bit. I didn’t like that at all.”

Legendary broadcaster Gary McCord joins us tomorrow on #gravyandthesleeze to discuss his departure from CBS for the first time. Tune in 3ET/12PT to hear his exclusive interview and how it all unfolded. @SiriusXMPGATOUR @ColtKnost pic.twitter.com/KmhQxsgPId

Secondly, the timing of his dismissal raised McCord’s ire.

“I don’t like the fact that they kind of set my balloon on fire without me going back to my colleagues,” he said. McCord added that CBS offered to let him work two events on the upcoming 2020 calendar, but he felt that more for their benefit than for his.

As for the reasoning behind the shift change, which also included letting on-course analyst Peter Kostis’ contract expire without renewal, McCord said that he believes the network wants to get younger and lean in more on the PGA Tour’s interest in drawing in newer viewers via gambling.

“The Tour can’t exist with a 1. 2 rating on Saturday and a 1.8 on Sunday,” he said. “They’ve got to find another direction and gambling is it. Who do you hire?”

Like Kostis, McCord said he was caught off guard by the move, but used his platform to thank those with whom he worked during his more than three decades calling Tour action.