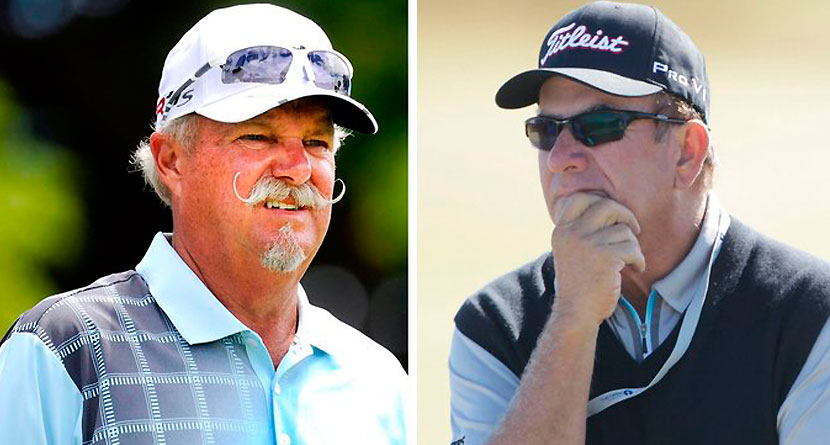 CBS golf broadcasts will sound a lot different in 2020 after news broke over the weekend that stalwarts Peter Kostis and Gary McCord will not be part of the coverage going forward.

Geoff Shackelford of Golfweek.com and John Ourand of Sports Business Journal reported that Kostis and McCord were up against expiring contracts and neither were renewed.

“Gary and Peter have been an important part of our golf coverage for three decades,” CBS said in a statement. “They were both outstanding teammates and we thank them for their significant contributions throughout the years. We wish them both all the best.”

After long runs with CBS’ golf coverage, Gary McCord and Peter Kostis are out thanks to the network choosing not to renew their contracts: https://t.co/JPthODne9E

McCord, 71, joined CBS Sports in 1986 after a 13-year playing career, and six years later in 1992, Kostis, 72, joined the broadcast team serving primarily as an on-course reporter most famous for his swing analysis.

In an emailed statement to Ourand, Kostis recounted his nearly-30 years covering the Tour for CBS, and he ended his statement with a veiled shot at the Tour and its leading sponsor, FedEx.

“As I look to my future, it will most definitely include going back to my teaching roots, completely unfiltered, in some form or fashion — maybe a book — and I’m really excited about that,” Kostis told Ourand. “Golf broadcasting has changed immensely over these thirty years, many things for the better and some others that maybe aren’t so good.

“I have to say a big thank you to all the announcers I’ve worked with over the years. I believe that the CBS golf announce team is the gold standard. To the cameramen, technicians and support staff at CBS, I simply say it was a privilege to work alongside you. Bye for now! I’m off to UPS to send some packages!”

Kostis: “Bye for now! I’m off to UPS to send some packages!” https://t.co/jpoou5IpX1 pic.twitter.com/ZF2xsoIpTE

January’s Farmers Insurance Open will be the first CBS broadcast of the new season as well as the first without McCord and Kostis. No replacements for the two long-tenured analysts have been announced.