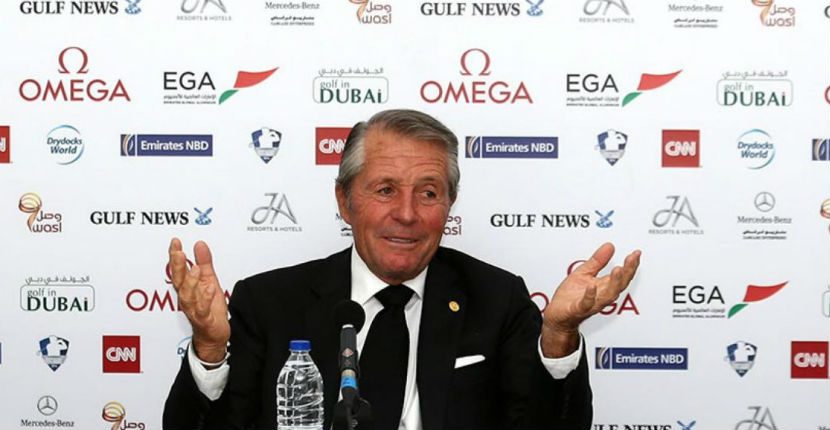 Once a competitor, always a competitor. Those words could not be truer for the legendary Gary Player. The Black Knight felt compelled to defend himself this past weekend after Bernhard Langer claimed his ninth major title at the Senior PGA Championship passing Jack Nicklaus for the most all-time on the senior circuit. It turns out the 81-year-old fitness enthusiast may have a point.

Player actually won the Senior British Open three times prior to it being recognized as a major. If it did count, then his total would be nine as well, along with the senior career grand slam, something Langer also accomplished with the victory. The thing is there are five majors in 2017 as opposed to only the three before 2003 while he was playing.

I have congratulated Bernard Langer on equaling my 9 Senior Tour Majors & yes my name is on The Senior Open trophy 3 times. GP #globalgame

“Imagine the oldest golf tournament, played on links courses that are the greatest test of skill and mind, with the most representative international field, not being recognized. It tells you something,” Player continued. “And to similarly not recognize the Senior Open Championship as a major for many years is not fair.

“What I would say,” Player went on, “is that every tournament has to start somewhere, and then it evolves. The Masters in 1934 was not what it would become, but every player who has won it is recognized as a major winner.

“I remember Arnold Palmer, using his word, telling me it was ‘bullsh–’ that the Senior Open Championship wasn’t a major. He so regretted not winning the championship when he was playing senior golf, because playing on an old links where golf began was very special for him. I wonder, what would the status of the championship be if Arnold had won it three times?”

@GolfWorld The entire “golf world” recognize my 3 Senior British Open victories. Why not the @PGATOUR and @ChampionsTour in the USA?

Not only does Player’s argument seem valid, he’s also in better shape than you.