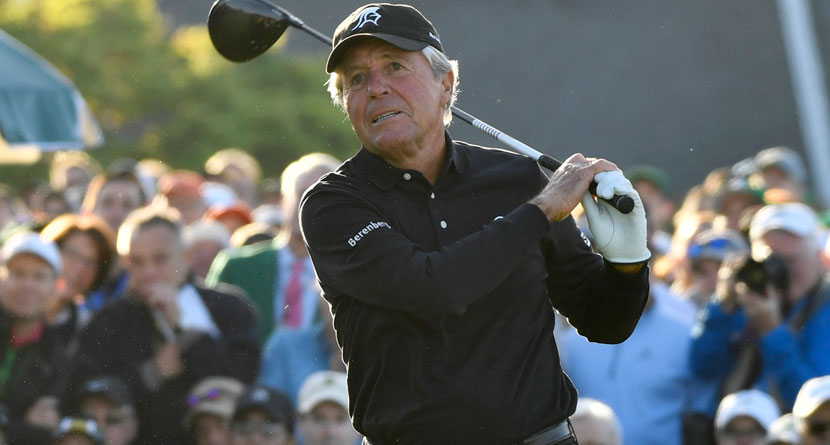 The saga between Gary Player and his son battling over Player’s memorabilia continued through the holidays with Player now suing his son and grandson.

Player alleges that his son and grandson have sold or tried to sell his clubs and trophies despite an agreement requiring the items be returned to Player.

The 87-year-old Player filed a legal complaint in May against his son, Marc, and followed it up with a lawsuit in November against his grandson, Damian Player.


Player said the lawsuit was “reluctantly” filed after the years-long dispute that ages back to 2019 when Player ended his business relationship with his son.

“Only with the greatest reluctance and after many years of trying to avoid this did Gary have to enforce his rights in this way,” said Gary Player’s attorney Stuart Singer.

Darren Heitner, whose law firm is representing Marc Player, said the lawsuit is in its infancy and added that the settlement agreement reached in 2021 is invalid because the property rights are owned by a trust.

Player has been adamant for a long time about not having animosity in his family based on his memorabilia.

“I don’t want to see this divided among my children,” Player said in a 2003 article. “I would turn in my grave if I died and this one wanted the U.S. Open and this one wanted the British Open. I’ve seen a lot of people in my career that when they died, it was a tragedy the way the family bickered about whatever was left to them.”

This public feud dates back to August when Gary Player posted a statement on his Twitter about what was going on between him and his son.

In the statement, Player said that his trophies and other memorabilia were put up for auction by Marc without his permission.

“These items belong to me, and I have taken action to recover them,” the post said.

In a response posted to Marc Player’s Twitter account, Heitner call’s the claims against Marc “petty” and “baseless.” He said some memorabilia was given to Marc Player by his parents and has remained in his possession for decades.

“You cannot take back what no longer belongs to you,” Heitner wrote.