Glover Returns To Tour Championship For First Time Since 2009 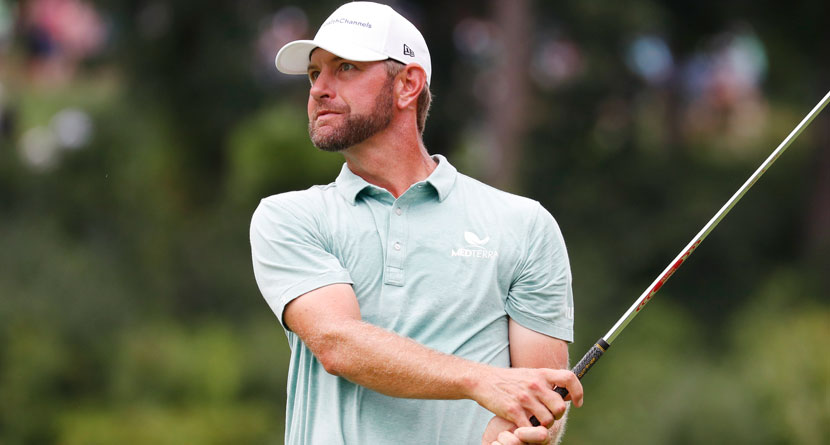 For the first time since his U.S. Open-winning season of 2009, Lucas Glover is back in Atlanta this week for the Tour Championship.

A lot has transpired in 10 years for Glover, but a return trip to East Lake Golf Club as one of just 30 PGA Tour professionals still playing in 2019 is a culmination of a lot of hard work and determination.

“It’s been a long time coming,” Glover told Golf Channel’s Steve Sands after making a clutch par on the 18th hole at Medinah on Sunday at the BMW Championship to clinch his spot in the Tour Championship field. “I’ve frankly worked my ass off and it feels good. I’ve got one more week this season, so I’m happy.”

Glover’s journey from his major triumph in 2009 to his return to Atlanta this week was defined by a cold putter that ailed him through the middle part of this decade. Glover lost his card in 2014 when he finished 185th on the FedEx Cup points list. That was what Glover categorized as his lowest point over the last 10 years.

Glover earned his full status back on the PGA Tour in 2019 through the Korn Ferry Finals last fall, and made the most of his latest stint on the PGA Tour by making 20 of 25 cuts, notching seven top-10 finishes and making over $2.6 million.

Glover pointed to a partnership he has with Medterra CBD for helping him to be able to “work his ass off.”

“At our level, everybody is really good and 1% of an edge makes a difference,” he said. “For me the recovery, after working out, after playing, and after travel all stems from regulating inflammation and sleeping well. Medterra CBD has given me a leg up on that which I didn’t have before.

“I want to play as long as I can and you gotta stay healthy to do that. We have a choice for everything, I did my research and I had an opportunity to work with the very best, and I’ve been fortunate enough to do that.”

⛳️ @Lucas_Glover_ speaks with the media as he returns to the @playofffinale for the first time since 2009. https://t.co/p4dyuA5sSG

He entered this week 29th in the FedEx Cup standings, which put him 10 strokes behind the pre-tournament leader, Justin Thomas.

“I’m usually confused starting the round anyway, so it will be the same this week,” the self-effacing Glover joked about the Tour Championship’s staggered-start format. “But it will be fun. It will be interesting. You’ve got to make birdies regardless. I’ve just got to make ten more than usual, I guess.”

[Medterra CBD is a sponsor of SwingU.]