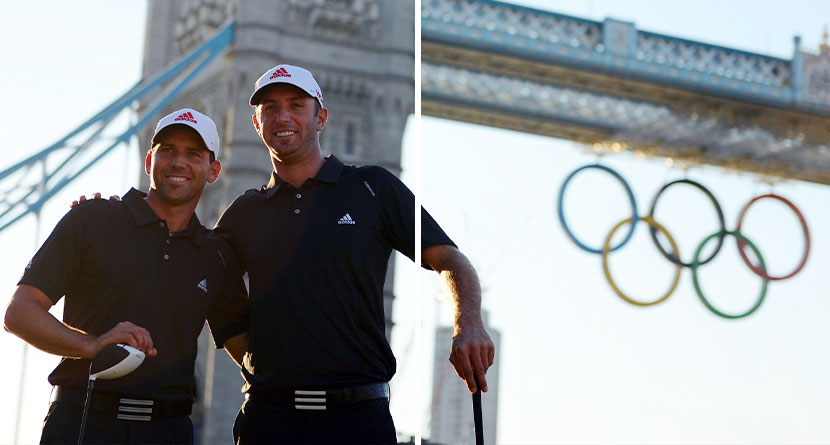 By and large, golf’s inclusion in the Olympic Games has to be seen as a good thing, but as we sit one month out from the beginning of the Toyko Games, there are still some questions that need to be answered as once again a number of notable stars from the men’s game have opted out of competing.

The 2016 Games saw a number of high-profile players withdraw from the competition, and again this week as the final field was set, another wave of big names withdrew from next month’s event citing a variety of reasons ranging from COVID-19 concerns to Ryder Cup commitments.

Before the final 60 competitors were set at the completion of this past weekend’s U.S. Open, big-name players like Dustin Johnson, Adam Scott and Lee Westwood already had said, “thanks but no thanks” to representing their country.

On Monday, with the third men’s major of the year in the rearview mirror, the final 60-man field was announced, only to be adjusted as more big names chose to sit out the Games.

The field for the mens’ @OlympicGolf event has been confirmed 🥇🥈🥉 pic.twitter.com/ra06JcIiCw

All in all, four of the top-10 players in the world will not be competing with Johnson the only one opting out by choice. The three others — Patrick Cantlay, Brooks Koepka and Patrick Reed — did not qualify as there were four other Americans ranked ahead of them who plan to play: Justin Thomas, Collin Morikawa, Xander Schauffele and Bryson DeChambeau.

“I’m so excited. Obviously, it’s a little consolation to not winning here this week, but I’m going to go and play,” Morikawa said on Sunday after the U.S. Open. “It’s going to be one of the best things of my life. To think back that I was an amateur two years ago, literally two years ago, and to be on this team and to be heading to Tokyo puts a smile on my face. I’m really excited.”

“I’ve always wanted to be an Olympian growing up, and to be considered an Olympian is quite an honor,” DeChambeau said. “When I missed it in Rio in 2016, I was like, ‘Man, that’s a goal of mine that I want to check off the list. I want to be an Olympian for the American team.’ And I’m very fortunate to say that I’m an Olympian now.”

As for the reasons for the last-minute withdrawals, Oosthuizen cited schedule and family commitments as his conflict.

“Qualifying for the Olympics is a humbling accomplishment and there’s no greater honor than representing your country, so it has been a very difficult decision for me, my team and my family to withdraw from playing in Tokyo,” Oosthuizen said in a statement.

Replacing Oosthuizen will be 23-year-old Garrick Higgo, winner of the recent Palmetto Championship at Congaree and three European Tour events. He will team up alongside Christiaan Bezuidenhout.

As for England, Tommy Fleetwood is expected to tee it up alongside Paul Casey as Hatton, Fitzpatrick and Westwood opted not to play.

Martin Kaymer of Germany competed in the 2016 Games, but did not offer a reason for his withdrawal this year.

Finally, Spain’s Sergio Garcia expressed regret in having to skip, but cited his top priority as earning a spot on the 2021 Ryder Cup team.

“I have made one of the most difficult decisions of my life. I love the Olympic Games and it is always an honor to represent Spain, however, my number one sporting priority is in the Ryder Cup at this moment,” Garcia said, saying had he already qualified for the European Ryder Cup team he would have participated. “I would prefer to give the opportunity to a player that can give it his all for a medal for our great Spain.”

That player will be Rafa Cabrera-Bello, who will team up alongside Jon Rahm next month at Kasumigaseki C.C.

None of the medalists from the 2016 Games — Justin Rose, Henrik Stenson and Matt Kuchar — qualified for this year’s Games.

The full field from the International Golf Federation can be found here.