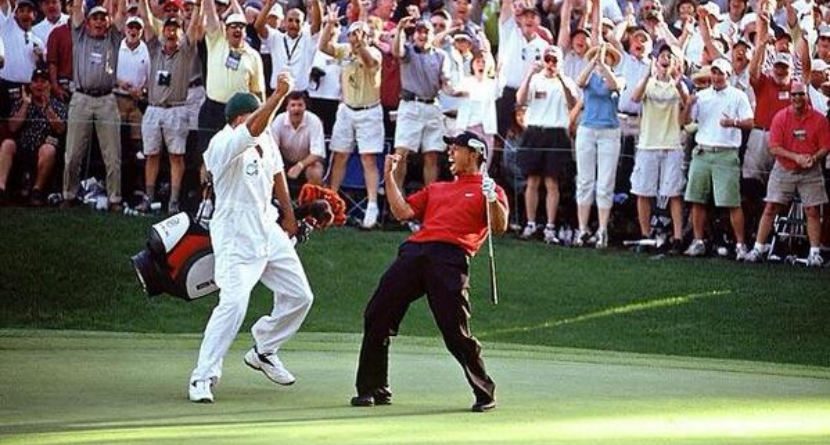 Attention Tiger fans: time to set those DVRs! In honor of Tiger’s 41st birthday, or in an obvious attempt to drive ratings, Golf Channel recently released its schedule for a 15-hour must-see TV event featuring – wait for it – every single one of Tiger’s major championship wins.

It all starts Friday at 6 a.m. EST with a documentary, and then the real fun begins. They’ll take us through each major separately in chronological order, like a trilogy, but there’s 4 of them! Unless you’re taking the day off to watch 15 straight hours of TV (like some people we know…wink, wink), chances are you’ll have to pick and choose which historic wins you’ll want to relive. Here are a few of our favorites:

There are some moments in Tiger’s career that are literally unforgettable and this is one of them.

We all had an idea of the relationship Tiger shared with his father, but this reaction was everything.

In what could be the single greatest major performance, Tiger blistered the field at Pebble Beach en route to claiming his first U.S. Open.

Who can forget that epic fist-pump on 18 after sinking the final putt. The Tiger era was officially underway.