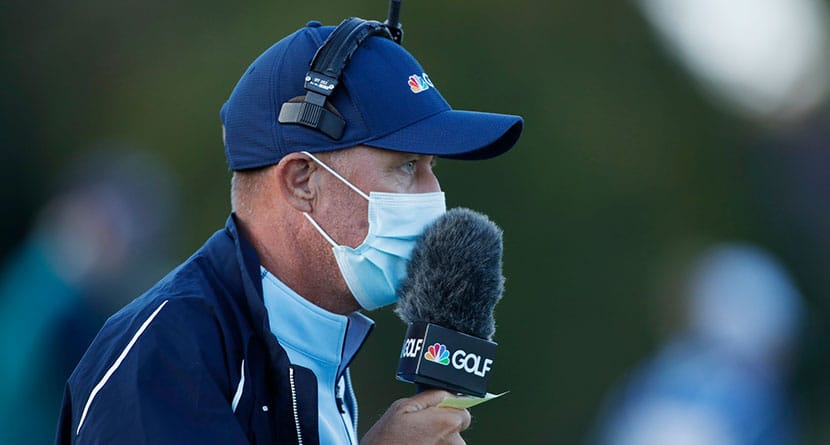 While the PGA and LPGA Tour have done admirable jobs in getting their players safely back onto the course in recent months amid a global pandemic, many of the folks on the ground who are working behind-the-scenes for Golf Channel are not feeling the safety and piece of mind that has been afforded players and caddies, according to a report from the International Alliance of Theatrical Stage Employees (IATSE).

The crews who are responsible for broadcasting the Tour events on Golf Channel air are not receiving the same amount of testing as those they are covering, which resulted in “multiple infections among broadcast crews whose work requires substantial travel between locations and whose craft does not always allow for social distancing.”

“With crews constantly traveling and coming into contact with players, other crew members, and event volunteers, we’re concerned that without proper testing protocols it’s a matter of time before a Golf Channel show turns into a spreader event,” Justin Conway, who represents Golf Channel workers with the IATSE said.

“These techs bounce between networks and tournaments frequently; in some cases more often than workers who produce scripted motion pictures and television shows under the NBCUniversal umbrella. We believe it’s resulted in a situation where Golf Channel broadcast technicians are being treated as second-class citizens.”

In a review of @GolfChannel‘s Covid protocols, a team of top epidemiologists raised concerns about the channel’s refusal to provide testing for broadcast crews and what this could mean for the safety of crews, players, and the public. https://t.co/JbUxIZew1C

The IATSE claims that other major television networks covering golf and other sporting events have instituted more stringent testing protocols, but Golf Channel management has been “uncooperative” in the crew’s request for additional testing, even after several workers got sick.

“Establishing regular testing protocols for broadcast crews would substantially lower the risk of an asymptomatic individual infecting multiple people at an event,” a joint statement issued by Dr. Gregory Wagner of Harvard’s T.H Chan School of Public Health, Dr. Letitia Davis, formerly with the Massachusetts Department of Public Health and Dr. David H. Wegman of University of Massachusetts Lowell. “By choosing not to have testing for broadcast crews, management at the Golf Channel are increasing the risk to players, co-workers, and the public.

“State and community guidelines are a good start, but they are by no means the be-all and end-all when it comes to COVID safety. It is prudent to provide tests for all workers who come into contact with players, other workers or the public.”