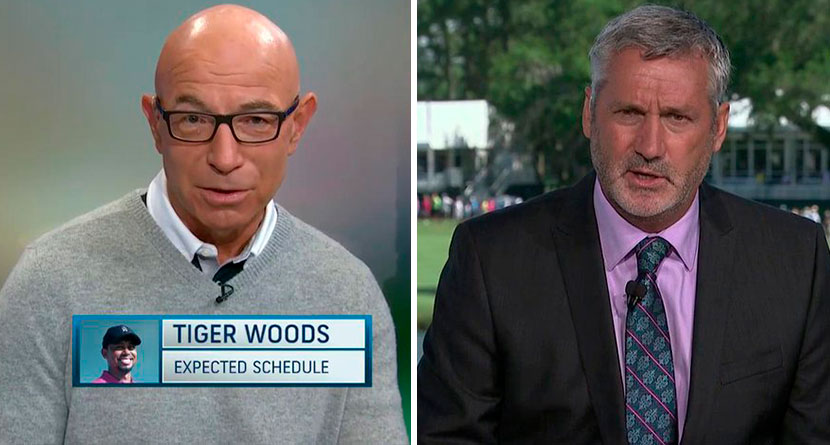 Golf Channel will go into 2020 without two of their most insightful and well-respected analysts.

At the end of 2019, both Tim Rosaforte and Frank Nobilo will move on from the 24/7 leader of golf on television — Rosaforte for retirement and Nobilo for a full-time gig with CBS.

Rosaforte announced his retirement on Thursday, rounding out a 12-year stint as an insider at Golf Channel as well as wrapping up a 40-plus year career as a journalist.

Farewell to one of the most respected voices in the game.

Veteran journalist @TimRosaforteGC has announced his retirement, effective at the end of the year. https://t.co/OUv6SGofW1 pic.twitter.com/vv0sJQDxnp

“Tim Rosaforte has been a stalwart of golf journalism for more than 40 years, first as a newspaper reporter in South Florida, then as a magazine writer for Sports Illustrated, Golf Digest and Golf World, and finally as a television insider for NBC and Golf Channel,” Geoff Russell, executive editor of Golf Channel, said in a statement. “As our industry evolved, Tim evolved with it. No matter the platform, he excelled and established the standard for the rest of us to try and match. Golf Channel will miss him, and so will the entire golf community. But our loss is his family’s gain. No one I know deserves a happier retirement more than Tim Rosaforte.”

Before Golf Channel, Rosaforte wrote and reported for outlets such as Golf Digest, Golf World and The Palm Beach Post. During his career, he covered more than 125 majors and 17 Ryder Cups. He has been honored with more than 40 writing awards.

As for Nobilo, it was announced earlier this fall that he would be moving into the booth for CBS Sports’ golf coverage in a full-time capacity. A welcomed ying to Brandel Chamblee’s yang on Golf Central and Live From, Nobilo, Chamblee and host Rich Lerner signed off the New Zealander’s final show from this year’s Presidents Cup in style.